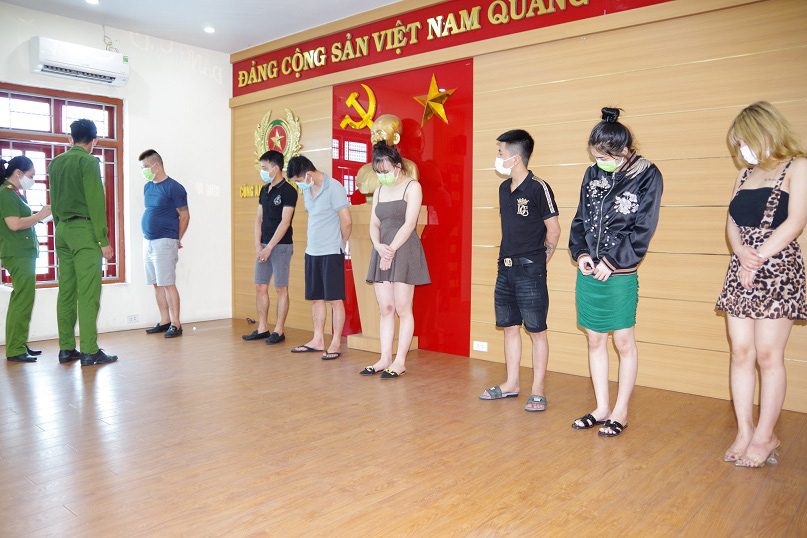 A karaoke parlor in northern Vietnam has been discovered knocking through a wall to create a back door in order to let customers in for heir service despite an ongoing ban due to COVID-19.

The violation was detected at the Kingdom karaoke shop in Binh Giang District, Hai Duong Province, an official from the provincial Department of Public Security confirmed on Saturday.

Police officers raided the venue at around 10:45 pm on Friday and discovered 18 men and 13 women inside three karaoke rooms.

The guests, who are from multiple provinces and cities, also exhibited signs of using narcotics.

Ten employees were working in the karaoke shop at the time of the raid.

While the main door was closed, officers discovered that a doorway had been formed by knocking through the wall at the back of the karaoke shop.

All 31 customers have been taken into custody to facilitate an investigation into their drug-related offenses, while the owner of the karaoke shop has been booked for violating regulations on COVID-19 prevention and control.

Vietnam has recorded 5,141 COVID-19 cases as of Sunday afternoon, with 2,721 recoveries and 42 deaths, according to the Ministry of Health.

The country has documented 2,089 local infections in 30 provinces and cities since April 27, including 34 cases in Hai Duong.

All non-essential businesses, including karaoke shops, are being suspended in the province to curb the pandemic.