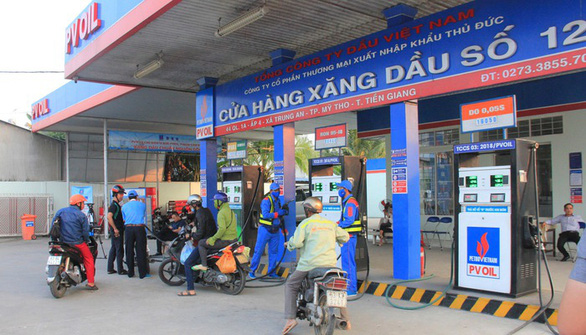 State-owned PetroVietnam Oil Corporation (PVOil) on Tuesday recalled a statement released one day earlier which required their workers to quit side jobs considered “at high risk of COVID-19 transmission,” purportedly delivery and ride-hailing, if they wished to keep working at the company.

The initial statement was mentioned in an official notice of the fuel retailer’s on COVID-19 prevention and control, which was released on Monday.

The company recorded at least one staff member deemed at high risk of COVID-19 transmission after transporting a confirmed COVID-19 case while working part-time as a ride-hailing driver, according to the statement.

The incident significantly impaired PVOil’s workforce, as many staff members who got in contact with this person were also considered highly likely catching the virus and thus forced to enter isolation.

PVOil acknowledged the financial hardship that many of their staffers are undergoing, but they also pointed out the threat of virus transmission that delivery and ride-hailing workers harbor, which could disrupt business and impact the livelihoods of their whole workforce.

On the basis of epidemic prevention, CEO Doan Van Nhuom, who endorsed the statement, required workers to give up all jobs in sectors considered ‘at high risk of COVID-19 transmission,’ or hand in their resignation letter if they wished to keep the side jobs.

The company also promises a lay-off pay for workers in the latter scenario.

They later backtracked on the plan in a follow-up statement on Tuesday, which refers to the official notice as one with “inappropriate wording.”

Discussing with Tuoi Tre (Youth) newspaper on Monday, a senior leader of PetroVietnam, the parent company of PVOil, had said the recent controversial statement was pursuant to the Vietnamese government’s call to boost prevention measures to curb a surge in the country’s caseload.

The PetroVietnam executive also cited the interests of their workforce and their business, which would be obstructed with just a case of infection among the staffers, as grounds for the decision.

With a total of 30 subsidiaries across the country, PVOil is currently the second-biggest player in fuel retail after the Vietnam National Petroleum Group, or Petrolimex.

Since the pandemic started in Vietnam in early 2020, the company has reported a significant plunge in business operations, with fuel sales dropping as much as 40 percent in several locales.