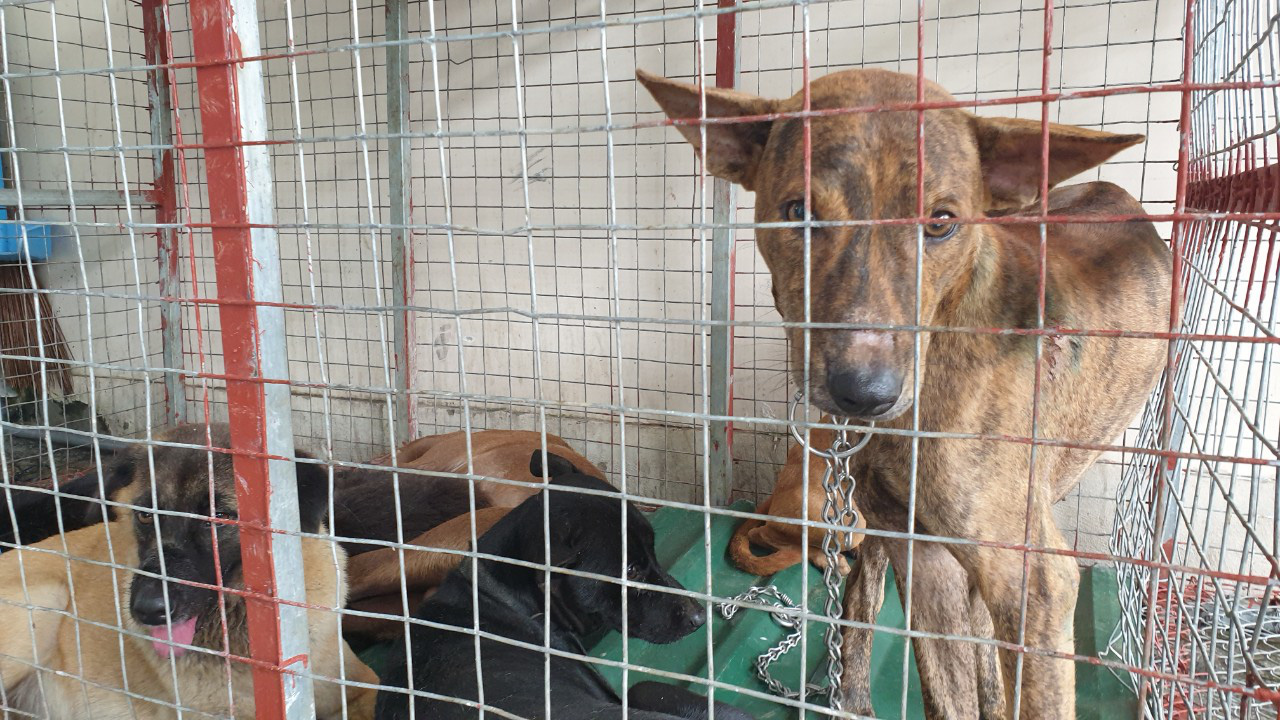 Police in Phu Quoc, an island city off the southern Vietnamese province of Kien Giang, have helped several owners be reunited with their lost dogs by posting pictures of the pets on social media after breaking up a dognapping group.

Officers of An Thoi Ward in Phu Quoc City caught a group of dognappers, including four men and one woman, red-handed carrying newly-stolen dogs to consumption points at 3:00 am on Tuesday.

Two men in the group were in charge of shooting dogs with stun guns, while the woman was responsible for collecting stunned dogs and the other two men took care of slaughtering, according to their testimonies.

The majority of dogs they stole on Tuesday morning were from households in Quarter 12 of Duong Dong Town, and Cua Duong and Cua Can Communes, according to the dog thieves.

Police officers also found a total of ten other dogs, of which two had died from being shot while the remaining eight were locked in an iron cage, with many wounds caused by stun guns on their bodies and their mouths tightly wrapped with duct tape.

The police officers then uploaded photos of the eight alive dogs on social media in hopes that they would reach the owners.

Their effort was rewarded as several residents showed up at the An Thoi Ward police station to check if their missing dogs were there.

Among them were Nguyen Van Hien, 43, from Duong To Commune and his wife.

When Hien and his wife just stopped their vehicle at the police station, a black dog more than 20 kilograms chained by a large rope, with a big wound on his shoulder, jumped up and down in joy.

It was their beloved pet stolen ten days earlier.

Hien and his wife hugged their pet, while the dog kept holding his legs tightly and refused to let go.

“Luckily, it was rescued by the police,” said Hien.

After verifying that the dog belonged to Hien, the An Thoi Ward police handed over the animal to the couple.

Meanwhile, other people, who also came to the police station to find their dogs but failed, bought bread and milk to feed the wounded pets there.