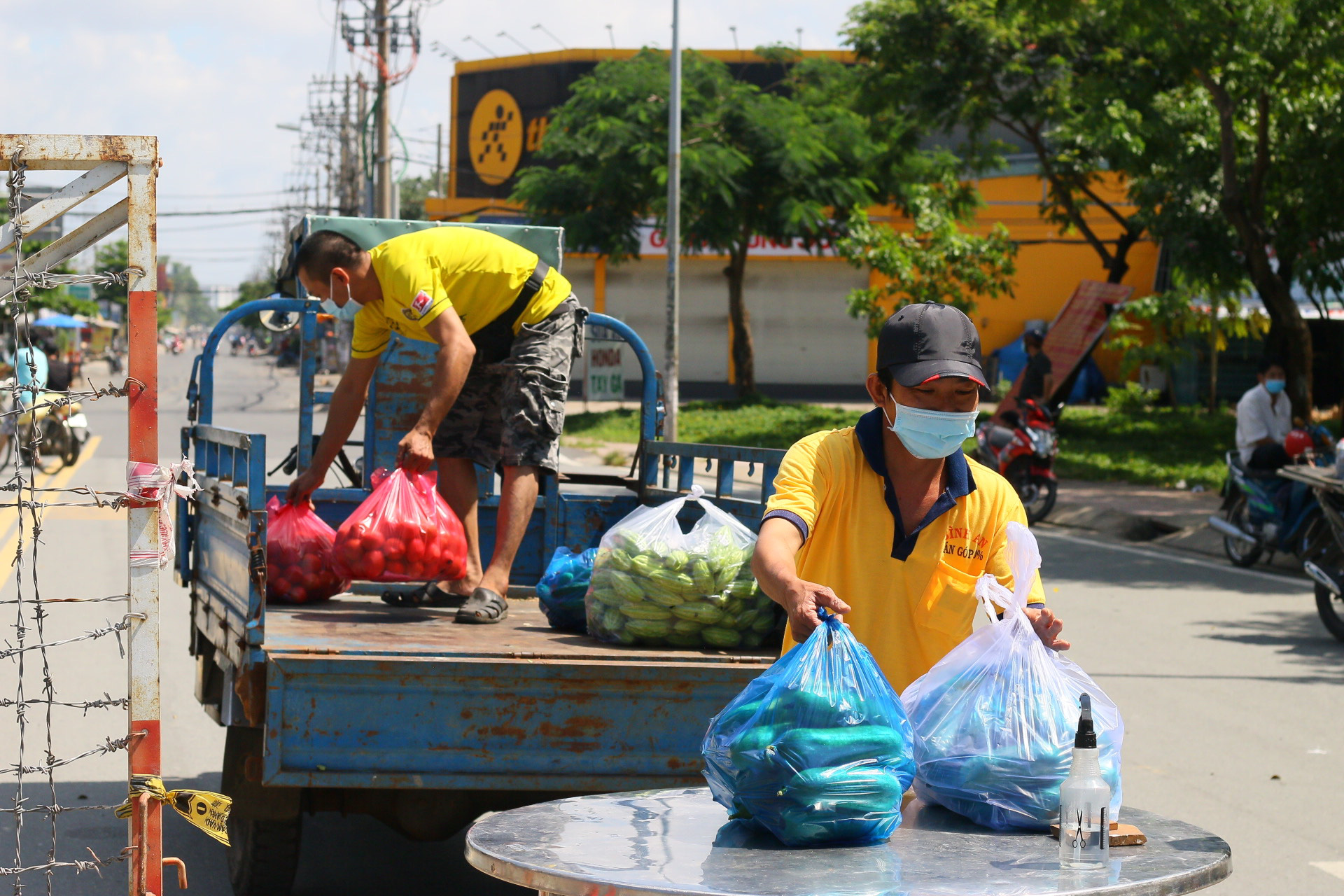 Authorities in Ho Chi Minh City are taking certain measures to ensure sufficient supplies for more than 65,000 people in six neighborhoods that have been put under complete lockdown since the weekend.

Three neighborhoods in Binh Tan District and three others in outlying Hoc Mon District, where serious COVID-19 clusters had recently been detected, began to be fenced off from 0:00 on Sunday.

According to the observation of Tuoi Tre (Youth) newspaper reporters, multiple checkpoints have been established with officers on duty around the clock to prevent people from entering or exiting these areas.

People who are allowed to enter must be quarantined for at least 14 days afterward.

Goods are not allowed to be transported out of the locked-down sites, but supplies can be sent to the residents inside.

Officers and volunteers are in charge of instructing residents during this process to make sure pandemic prevention and control regulations are followed.

The fenced-off neighborhoods in An Lac Ward, Binh Tan District cover an area of 171 hectares and comprise 17,441 households, or 55,931 residents, said an official from the ward administration.

A total of 71 checkpoints have been set up along roads and alleys surrounding these areas.

Affected residents have been briefed on several mobile apps that allow them to order food and essential items.

Convenient stores inside these neighborhoods also remain open to provide necessities for the locals.

The Tan Hiep People’s Committee is working with the district’s economic office and local distributors and retailers to ensure sufficient necessity supplies for residents.

“We are trying our best to minimize the lockdown impact on local residents,” said Tran Van Trung, the commune’s chairman.

In several cases, residents are allowed to leave these areas for work, but they are required to present certificates from their employers and file health declarations, Trung added.

Vietnam has documented 13,348 COVID-19 cases as of Monday afternoon, with 5,229 recoveries and 67 deaths, according to the Ministry of Health.

The country has recorded 10,078 local infections in 42 provinces and cities since April 27.