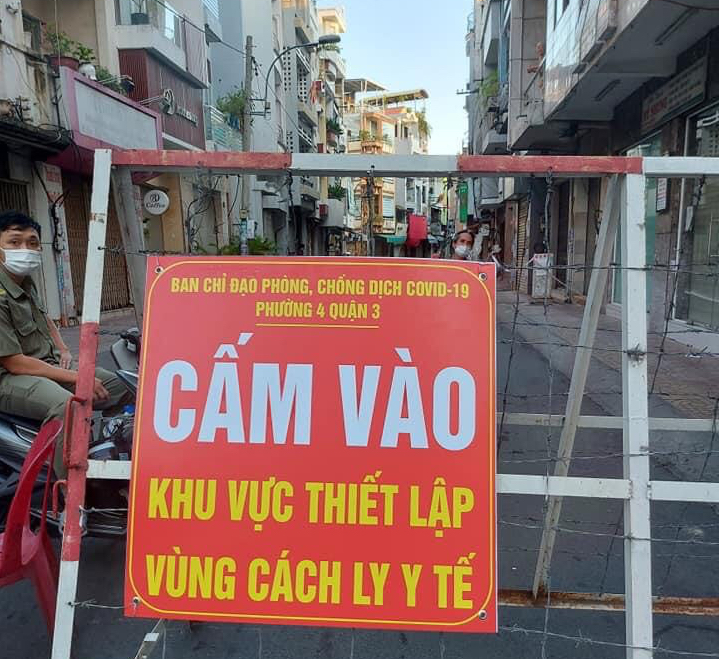 Authorities in Ho Chi Minh City have banned vehicles from the entirety of Vuon Chuoi Street and a section of Nguyen Thuong Hien Street in District 3 after 37 coronavirus infections were detected in the households along the two roadways.

Functional forces have disinfected, conducted epidemiological investigation, sampled, and quarantined direct contacts in the area where the new infections were found.

The municipal Department of Transport has also announced detours along the roads adjacent to Vuon Chuoi and Nguyen Thuong Hien Streets following their closure.

Accordingly, the entire Vuon Chuoi Street has been locked down, while Nguyen Thuong Hien Street has been divided, with the section spanning from Dien Bien Phu to Nguyen Dinh Chieu Streets closed to traffic and the remaining parts left open.

The alternative routes are listed as follows:

Vietnam has documented 17,727 COVID-19 cases as of Friday morning, with 7,247 recoveries and 81 deaths, according to the Ministry of Health.

The country has recorded 14,335 local infections in 51 provinces and cities, including 4,420 cases in Ho Chi Minh City, since a new wave broke out on April 27.