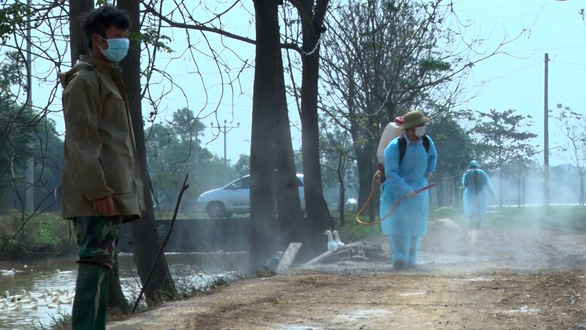 The Vietnamese northern province of Quang Ninh has for the first time discovered the H5N8 avian influenza virus strain at a local farm.

The provincial animal husbandry division on Friday reported that the samples taken from three dead chickens at a farm in Ha Long City tested positive for the virus strain.

This virus strain had never been found in Vietnam before it was identified at the farm, located in the city's Vu Oai Commune, the agency confirmed.

On June 30, the number of dead chickens at the farm reached 200, compared to a small death toll a day earlier, prompting the agency to urgently take samples for testing.

The H5N8 virus strain not only kills poultry but also spreads to humans, causing no symptoms on infected people, said Tran Xuan Dong, director of the division.

If people infected with this strain have underlying diseases, they will get sick, while in people with no such illnesses and having strong resistance, the pathogen will not develop but will stay, grow and mutate, posing a risk of creating new virus varieties that cause human diseases, Dong warned.

Currently, agencies concerned are deploying all necessary steps to localize and stamp out the avian flu outbreaks in the commune, thus preventing the virus spread.

The H5N8 strain has previously appeared in some countries in the world, including Russia, where many chicken farms were infected in 2020 and seven people tested positive for the strain as a result of the poultry-to-human infection.