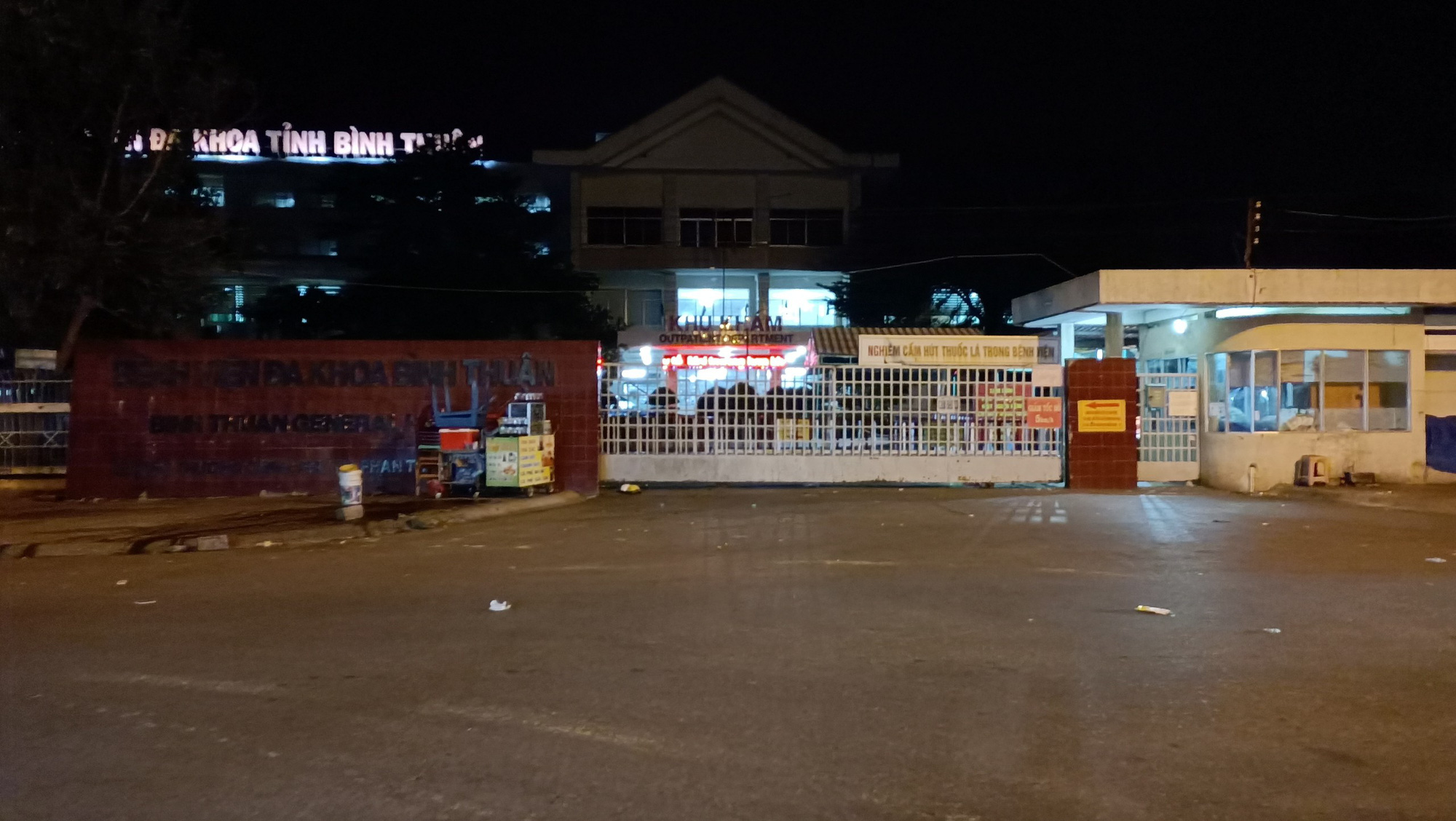 Authorities in south-central Binh Thuan Province have decided to organize home-quarantine for people who impatiently left the provincial general hospital that is currently sealed off over suspected COVID-19 cases before permission.

The Binh Thuan Department of Health on Friday evening issued an announcement on the escape of some patients and their caregivers from Binh Thuan General Hospital, which has been suspended from operating since June 23 after two cases allegedly contracted the coronavirus in its obstetrics department.

The hospital earlier had planned to allow 309 patients and their 229 relatives to return home on Thursday afternoon, but then, they were forced to remain inside its campus following the detection of suspected infections.

All of those patients and caregivers had their real-time PCR test results return negative at least twice on Wednesday and were eligible to leave the hospital, according to the provincial health department.

However, some of them were impatient while waiting for the hospital discharge procedure and climbed the fence to exit the hospital at around 4:20 pm on Thursday.

Seeing the dangerous action, the hospital security guards intended to open the gate for those people.

The hospital’s management board quickly came to the gate to directly persuade the people to return to their rooms and continue waiting so that the hospital could arrange their discharge orderly and safely.

Some then returned to their rooms, while others continued to climb the fence, despite being prevented by police officers and the security guards.

The hospital security guards once again had to open the gate for these people.

The incident has raised concerns over virus transmission among local residents.

In order to ensure pandemic prevention and control, local authorities have decided to isolate and monitor the above cases at home for 14 days according to specific addresses and phone numbers provided by the hospital.

Vietnam had documented 18,360 COVID-19 cases as of Saturday morning, with 7,395 recoveries and 84 deaths, according to the Ministry of Health.

The country has recorded 14,901 local infections in 52 provinces and cities since a new outbreak began on April 27.

Bac Giang Province, with 5,658 confirmed COVID-19 cases, has been the hardest hit of any Vietnamese locale during this current wave, followed by Ho Chi Minh City with 4,936 and Bac Ninh Province with 1,611 infections.