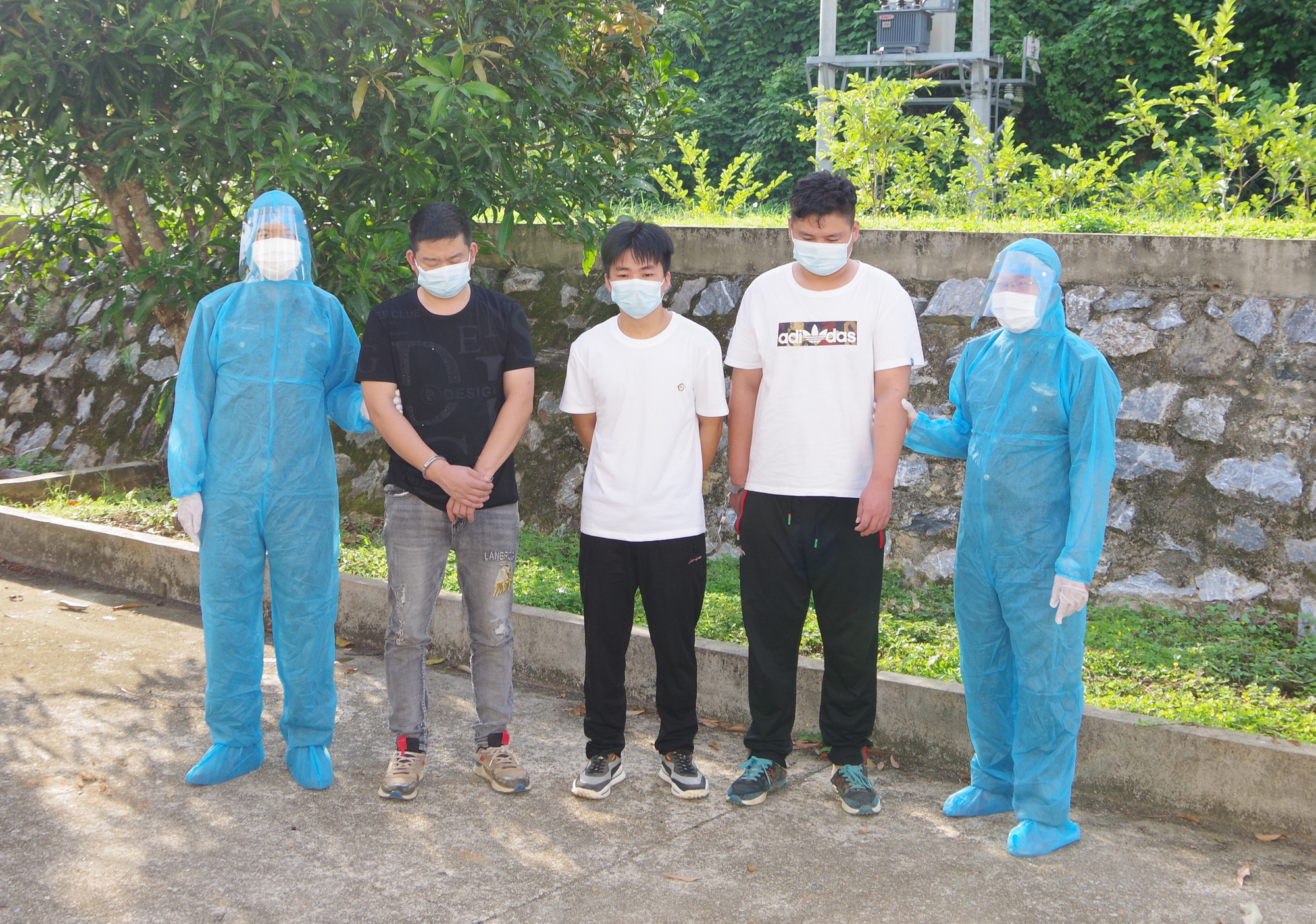 Authorities in Vietnam have arrested three Chinese nationals for entering the country without permission.

After pulling the car over, the border guards detained Nguyen Van Tuan, 38, and Ngan Van Ngam, 48, from the same district and three Chinese people, whose names were transliterated into Vietnamese as Chau Tieu Mong, 33, Pham Cao Vien, 26, and Ly Ry Dinh, 33 -- from Henan Province, China.

At the border guard station, the three Chinese men said a Laotian person named Xang Tieu had guided them to a border marker of Vietnam in Quan Son before Ngam picked them up for a remuneration of VND9 million (US$391).

The medical center of Quan Son District collected samples from these five people for COVID-19 testing.

The three Chinese nationals have been sent to a centralized quarantine facility of the province for medical isolation.

The officers at the Na Meo International Border Gate on Tuesday initiated legal proceedings against people involved in the case, as well as handed it over to the provincial police department for further investigation.