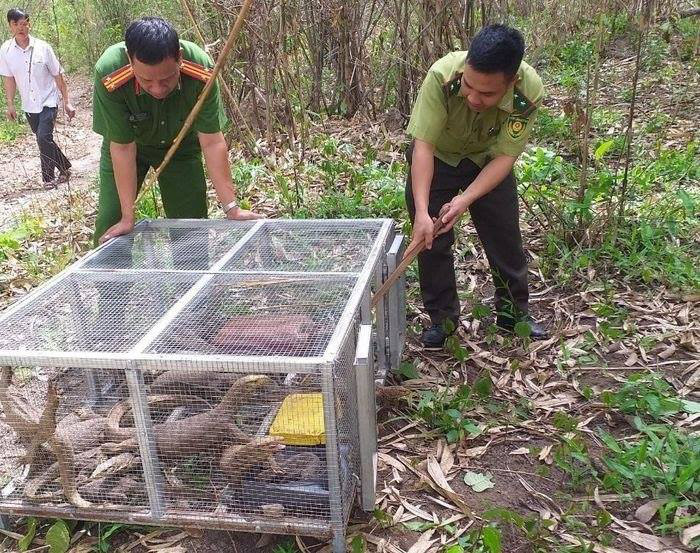 Two women in Dak Nong Province, located in Vietnam's Central Highlands region, have been slapped with hefty fines totaling more than VND1.01 billion (US$44,000) for purchasing eight endangered Bengal monitors against the law.

According to the penalty decision signed by provincial chairman Ho Van Muoi, Phan Thi Truong, 34, hailing from Krong No District, had to pay a fine of VND285 million ($12,430) for illegally buying two Bengal monitors weighing 4.9kg in total.

Nguyen Thi Hue, 49, from the same district, has been fined VND725 million ($31,610) for unlawfully purchasing and keeping six other Bengal monitors weighing a total of 12.1kg.

The Bengal monitor, whose scientific name is Varanus bengalensis, is found widely distributed over the Indian subcontinent, as well as parts of Southeast Asia and West Asia, with its length ranging from about 61 to 175cm from the tip of the snout to the end of the tail.

In Vietnam, this large lizard is classified as a rare and endangered wild animal protected by the law.