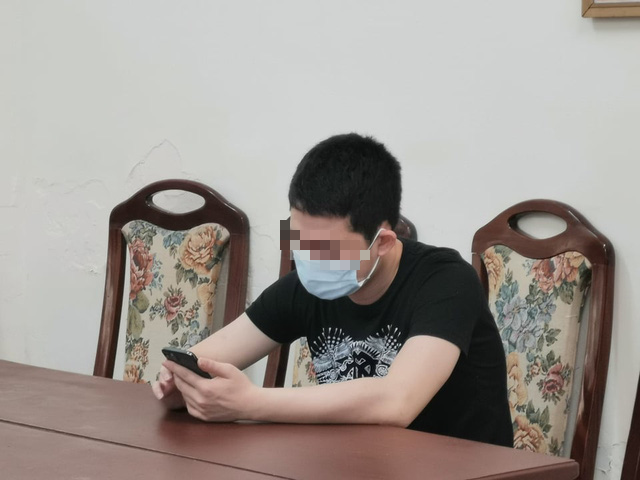 A man has been fined after he was caught on camera spitting and throwing away his face mask inside the elevator of an apartment building in Hanoi.

An official from the People’s Committee in Yen Hoa Ward, Cau Giay District told Tuoi Tre (Youth) newspaper on Wednesday afternoon that the administration had imposed a VND4 million (US$174) on Hoang Van B., 31.

B. was charged for failure to wear a face mask in public and failure to dispose of his used face mask properly.

The man was summoned to the ward-level police station earlier the same day for a working session, during which he admitted to his wrongdoings.

B. also had his samples collected for COVID-19 testing.

“If he tests positive for the novel coronavirus, we will consider charging him criminally,” the official said.

At around 10:30 am on Tuesday, B. and two other men walked into an elevator inside Home City Apartment Complex, situated in Yen Hoa Ward.

The two men were wearing face masks, while B. was holding his mask in his hand.

B. repeatedly spitted on the floor before wiping his mouth with his face mask.

The man eventually hung the mask on a bottle of hand sanitizer that was equipped inside the elevator before exiting.

The entire incident was caught on CCTV.

The management board of the apartment building later reported the case to police officers and provided them with the video footage.