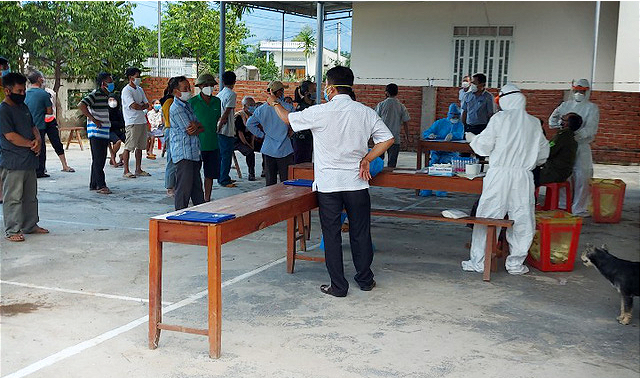 Sixteen COVID-19 cases have so far been traced to a cluster which began at a child’s birthday party in Vietnam’s Central Highlands.

More than 20 people attended the event and none of them wore face masks.

As of Wednesday evening, 16 individuals, including some children who attended the party, and their family members had tested positive for COVID-19.

Competent authorities have yet to identify the source of the infection. Contact tracing is still underway.

The village where the party took place has been locked down in a bid to control the spread of the virus.

Tran Van Sau, chairman of Vu Bon Commune, was put on suspension from August 10 to 24 for his loosened oversight over pandemic prevention and control efforts.

The country has recorded 237,589 local infections in 62 provinces and cities, including 462 cases in Dak Lak, since the fourth wave started on April 27.

The directive bans gatherings of more than 10 individuals in public and groups of more than 20 people in one room, while requiring people to keep a distance of at least two meters from each other.