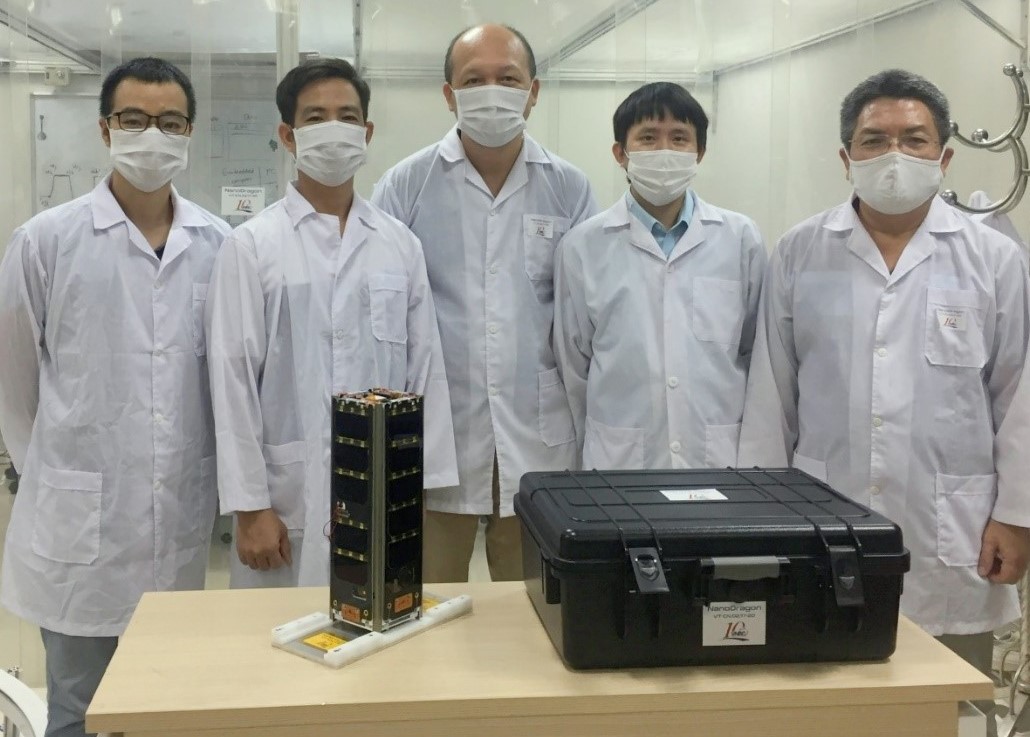 Vietnam sends locally made satellite to Japan ahead of launch

Vietnam’s NanoDragon satellite was transported to Japan on Wednesday night ahead of its planned launch into outer space.

The NanoDragon satellite (NDG), a nano-layer cubesat satellite which weighs about four kilograms and is the size of three rack units (U), was developed by the Vietnam National Space Center (VNSC) under the Vietnam Academy of Science and Technology.

NanoDragon is expected to be launched into orbit in September, marking the tenth anniversary of the VNSC.

The satellite is the product of a project to create a nano-scale satellite under the national space technology program during the 2016-20 period.

The process of researching, designing, integrating, and testing the satellite's functions was undertaken completely in Vietnam by VNSC researchers.

In addition, the whole mechanical structure and source distribution circuit for the satellite were produced in the Southeast Asian country.

The NDG completed an environmental testing phase which simulated the launch and space environments at the Kyushu Institute of Technology in Japan from March 9 to April 9, according to Assoc. Prof. Dr. Pham Anh Tuan, director of the VNSC.

A ground station to operate the satellite after launch was designed and constructed at the VNSC headquarters at Hoa Lac Hi-Tech Park in Hanoi.

NanoDragon will have two main tasks, namely the monitoring of marine vehicles with an automatic identification system and the use of an optical imaging device to verify the quality of the satellite's position controller when operating in orbit.

The NDG is expected to operate in a solar synchronous orbit at an altitude of about 560 kilometers, according to the VNSC.

Before NanoDragon, the VNSC also successfully built the PicoDragon supermicro satellite, which weighs one kilogram and was launched into orbit and obtained signals in 2013.

After that, the 50-kilogram MicroDragon satellite, which was manufactured by a group of 36 staff members of the VNSC under the guidance of Japanese experts, was launched into orbit in January 2019 and sent photos to the ground station in Japan.