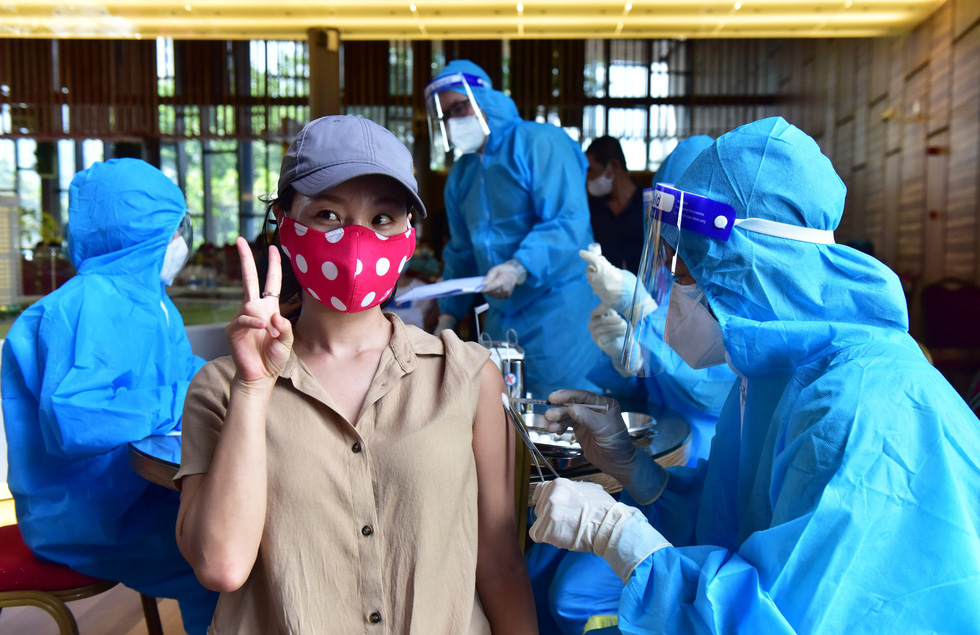 Ho Chi Minh City will provide coronavirus vaccination for foreign nationals in the city, depending on its vaccine supply, according to local authorities.

In a dispatch issued on Tuesday to relevant agencies, the municipal administration approved the municipal Department of Health’s proposal to offer immunization against COVID-19, within its ability, to foreigners who are living, working, and studying in the city.

The health department is assigned to allocate vaccine supply and organize vaccination for foreigners as soon as possible, while the Department of External Affairs is tasked with coordinating with relevant agencies on the vaccination, the dispatch said.

In a report to the city government on August 6, the external affairs department, based on data provided by foreign consulates general, said that more than 210,000 foreigners wish to be vaccinated.

Many countries have expressed their desire that Vietnam will give vaccinations to their citizens living in the country, as the same favor that has been offered to Vietnamese nationals in such countries, the department said in the report.

Since the pandemic hit Vietnam in early 2020, many countries have donated medical equipment and vaccines to the Southeast Asian nation, most of which have been allocated to the city, said the department.

The Asian country has so far received more than 21.3 million vaccine doses from different sources, including COVAX Facility, purchases and donations, while it needs as many as 150 million jabs to inoculate two-thirds of its 98-million population to reach herd immunity.

About 16 million vaccine shots have been administered in Vietnam since the country rolled out vaccination on March 8, with over 1.56 million people having been fully vaccinated, according to the Ministry of Health.