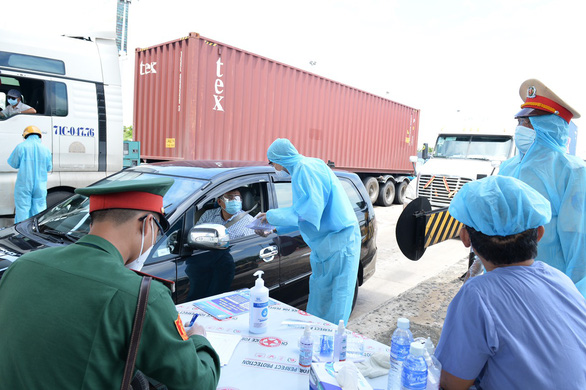 Vietnam’s Ministry of Health recorded over 10,000 domestic coronavirus cases for the second day in a row on Friday, together with more than 12,700 recoveries and 390 deaths.

Forty-three provinces and cities reported 10,650 local cases, the biggest-ever daily rise, whereas another seven infections were imported from abroad, the health ministry said.

The old record was set on Thursday, when 10,639 locally-infected patients were logged across the country.

More than 6,000 of the latest local cases were found in the community while the remainder were detected in isolated areas or centralized quarantine facilities.

Since the fourth COVID-19 wave began in Vietnam on April 27, the country has found 319,209 community transmissions in 62 out of its 63 provinces and cities.

The ministry announced 12,756 recoveries on Friday, taking the total to 132,815 recovered patients.

The death toll has increased to 7,540 after the health ministry reported 390 fatalities the same day, including 312 registered in Ho Chi Minh City and 41 in Binh Duong Province.

The Southeast Asian country has detected an accumulation of 323,268 cases since the COVID-19 pandemic first hit it on January 23, 2020.

About 16.3 million vaccine shots have been administered in Vietnam since the country rolled out vaccination on March 8, with over 1.63 million people having been fully vaccinated.