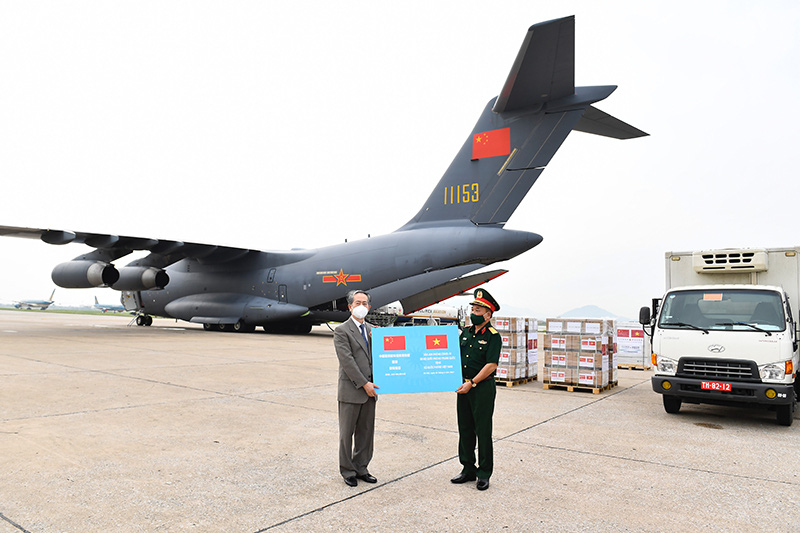 During a ceremony held at Noi Bai International Airport in Hanoi, Chinese Ambassador to Vietnam Xiong Bo handed over the vaccine shots, along with 201,600 disposable syringes, to Vietnamese Deputy Minister of National Defense Hoang Xuan Chien.

Ambassador Xiong said that the gift is the sentiment of the Chinese military and government in general to the military and people of Vietnam.

Senior Lieutenant General Chien thanked the Chinese side for the timely support amid the complicated developments of the COVID-19 pandemic in the Southeast Asian country.

This reflects the close relationship between the two nations’ military forces, he continued.

After being appraised by the health ministry, the vaccine doses will be distributed to authorized healthcare centers for inoculation, with priority given to military officers who are participating in pandemic prevention and control efforts.

The vaccine has been approved by the World Health Organization (WHO) and is in use in more than 70 countries.

Vietnam has received approximately 24 million COVID-19 vaccine doses through the COVAX Facility, purchase, and donations from other countries.

More than 17.3 million shots have been administered since inoculation was rolled out on March 8, with over 1.8 people having completed the two-dose regimen.