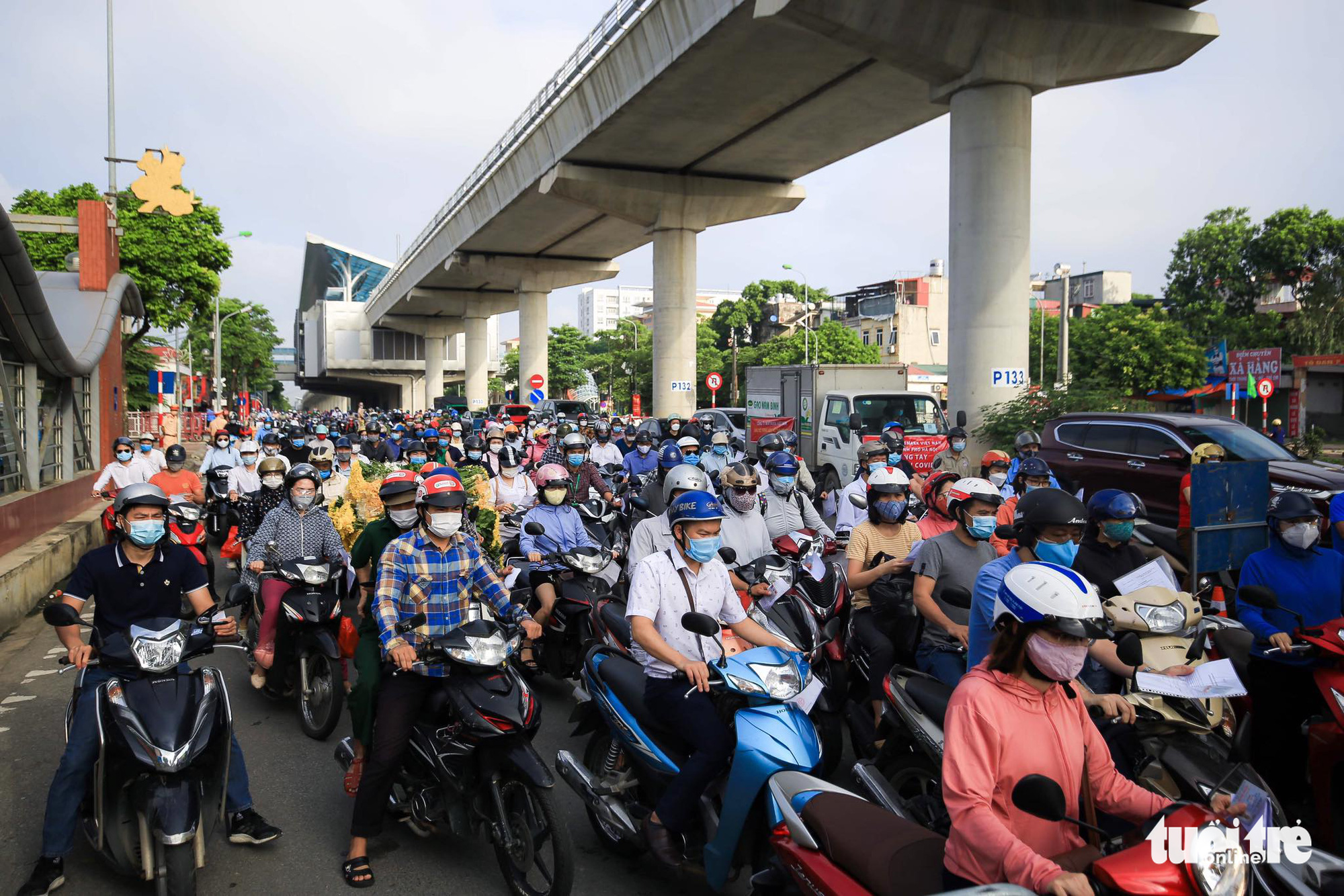 Serious congestion occurred on many streets in Hanoi on Monday morning as the capital began implementing a new pandemic response strategy, which imposes different levels of social distancing based on the transmission risk level of each area.

From 6:00 am on Monday, all districts in Hanoi are categorized into three zones where social distancing measures are applied differently.

In Zone 1, also referred to as the 'red zone,' all residents must stay where they are as the area faces a high risk of COVID-19 transmission.

The prime minister’s Directive No. 16, which bans gatherings of more than two in public, is implemented in this zone.

The PM’s Directive No. 15, which promulgates more relaxed regulations such as the prohibition of gatherings of over 10 except in hospitals and offices, is enforced in Zone 2 and Zone 3.

In order to restrict travels to and from the 'red zone,' 39 checkpoints have been established along local streets.

However, severe traffic jams occurred at many of these checkpoints on Monday morning.

According to the observation of Tuoi Tre (Youth) newspaper reporters on Vo Nguyen Giap Street in Dong Anh District, many commuters without valid travel passes were forced to turn around.

Residents are required to present the new version of travel passes with QR codes in order to go through these checkpoints.

However, those with the old version were also allowed to go as this is the first day the new regulation has been applied.

On Cau Dien Street in Bac Tu Liem District, serious gridlock also happened as all commuters had to undergo administrative inspection at a checkpoint there.

More lanes were opened and more officers were mobilized to examine residents’ documents but the situation did not improve much.

The traffic jam started at 7:00 am and was only alleviated at around 8:30 am.

A similar situation was also recorded at the checkpoint at Vinh Tuy Bridge, which connects Hai Ba Trung and Long Bien Districts.

Hanoi has recorded 3,775 local COVID-19 infections since the fourth wave hit the country on April 27.

The capital had imposed strict social distancing regulations in all districts for 45 days before the new strategy was applied on Monday.