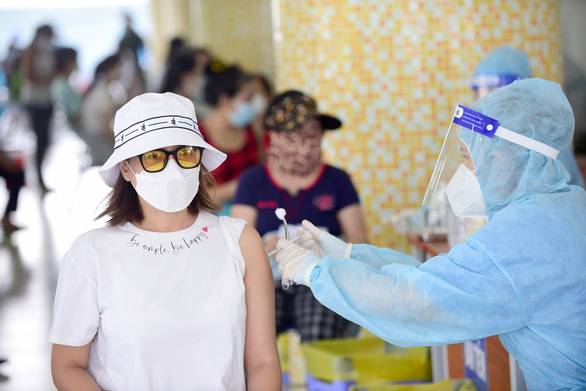 The Ministry of Health logged 4,363 new COVID-19 cases throughout Vietnam on Tuesday, alongside 25,573 discharged patients and 134 deaths.

Today saw the lowest daily COVID-19 case count in about 1.5 months, the government said on its verified Facebook account.

The new cases, including 4,360 local and three imported infections, were documented in 42 provinces and cities, the health ministry said, adding a total of 1,769 patients were found in the community.

The country has detected 813,735 community transmissions in 62 out of its 63 provinces and cities since the fourth – and worst – virus wave emerged on April 27.

The health ministry announced 25,573 recoveries on Tuesday, bringing the total to 747,053.

The toll has risen to 19,979 deaths after the ministry documented 134 fatalities on the same day, including 104 in Ho Chi Minh City and 15 in Binh Duong Province.

Health workers have administered almost 47 million vaccine doses, including 1,432,631 shots on Monday, since vaccination was rolled out on March 8.

Over 11.6 million people have been fully vaccinated.