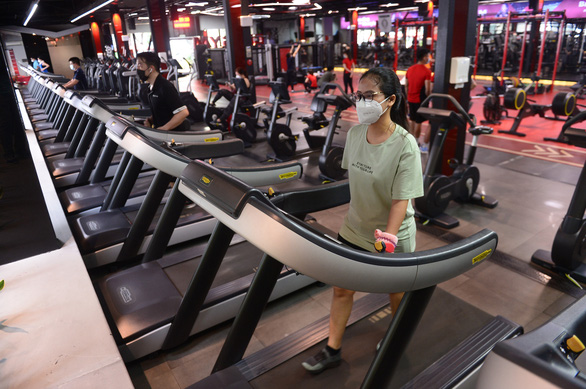 -- State President Nguyen Xuan Phuc on Thursday requested that eight ambassadors and heads of Vietnamese representative missions abroad for the 2021-24 term make efforts to mobilize external resources serving Vietnam’s all-round development when he handed over appointment decisions to the diplomats at a ceremony in Hanoi, according to the Vietnam News Agency.

-- Da Nang will allow dine-in service from Saturday as the coastal city has found no local COVID-19 cases for two weeks.

-- "Vietnamese automaker Vinfast will begin taking pre-orders in the U.S. market for its VF e35 and e36 electric SUVs in the first half of 2022 and expects to begin delivering them by the end of the year," Reuters quoted global Chief Executive Michael Lohscheller as saying on Thursday.

-- Ride-hailing firm Grab has reopened GrabCar services in Hanoi from Thursday while its competitor Be said it would follow suit soon.

-- The tourism administration in Da Nang has suggested welcoming back domestic and international visitors in November.

-- A fifth-grader died after his phone, connected to a charger, exploded while he was attending an online class in Nghe An Province in north-central Vietnam on Thursday, Le Trung Son, a senior education official, confirmed the same day.

-- The Asian Football Confederation (AFC) has chosen Vietnamese striker Nguyen Tien Linh as one of 10 candiates for the AFC Asian Qualifiers - Road to Qatar Player of the Week title, following Matchday Four games earlier this week.

-- "Sydney will end its COVID-19 quarantine for fully vaccinated international travellers from Nov. 1, New South Wales Premier Dominic Perrottet said on Friday, foreshadowing the full return of overseas travel after more than 19 months," according to Reuters.

-- "Fully vaccinated passengers arriving in England from low-risk countries from Oct. 24 will no longer have to take expensive COVID-19 tests," Reuters cited the British government as saying on Thursday.