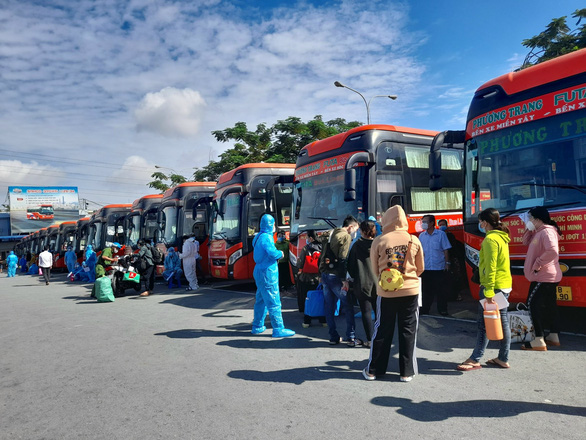 -- Ba Ria – Vung Tau Province, home to popular beaches in southern Vietnam, on Friday welcomed about first 80 tourists in months as COVID-19 brought the city’s tourism to a standstill.

-- Authorities in Hanoi decided to remove all COVID-19 checkpoints at the city’s gateways on Friday night and will only maintain traffic police forces to control navigation.

-- Ho Chi Minh City has allowed the first water bus route to resume operations after nearly four months of suspension as part of the local government’s enhanced social distancing order to curb the transmission of COVID-19.

--  Authorities in the south-central province of Khanh Hoa have allowed residents living in coronavirus-free areas to visit local beaches from Saturday following a prolonged period of social distancing.

-- A four-year-old was killed by a collapsed iron gate at a kindergarten in the central province of Quang Nam after climbing on the gate together with a friend.

--  A British lawmaker was stabbed to death in a church on Friday by an assailant who lunged at him during a meeting with voters from his constituency, according to Reuters.

-- Outside advisers to the U.S. Food and Drug Administration on Friday unanimously recommended the agency authorize a second shot of Johnson & Johnson's COVID-19 vaccine for all recipients of the one-dose inoculation, Reuters reported.