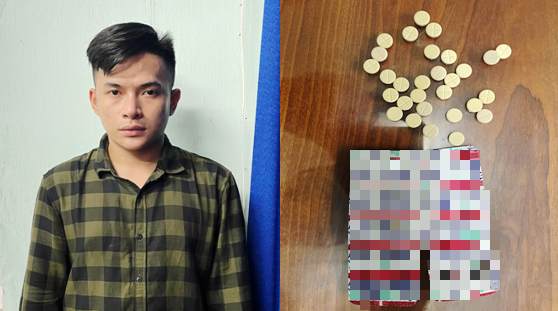 Police in Ho Chi Minh City have arrested a suspect for drugging multiple gay men while going on a date with them to steal their belongings.

Officers in Binh Thanh District confirmed on Saturday they had apprehended Pham Nguyen Phuong Dong, 24, for robbery and appropriation of assets.

The investigation into the case began after local police had received reports from many victims.

The victims said they had exchanged text messages with the suspect on Zalo before being asked to go on a date at luxury venues.

During the date, they were drugged and had their assets stolen.

Officers later identified Dong as the suspect and arrested him in Vung Tau, a beach city in southern Ba Ria-Vung Tau Province, after he had just stupefied and robbed a victim at a local apartment.

At the police station, Dong claimed he hunted for his prey on Blued, a popular social media platform for gay men.

After getting to know the victims, he asked them to go on a date with him, during which he laced their drinks with drugs and took their valuables.

Many men in Ho Chi Minh City and Vung Tau City have been victimized by Dong’s scheme.

The suspect said he had stolen various smartphones, watches, accessories, and more than VND155 million (US$6,800) worth of cash.

In some cases, Dong borrowed the victims’ phones to listen to music and asked them to buy things for him.

While the owners were away, he used their phones to steal money from their online accounts.