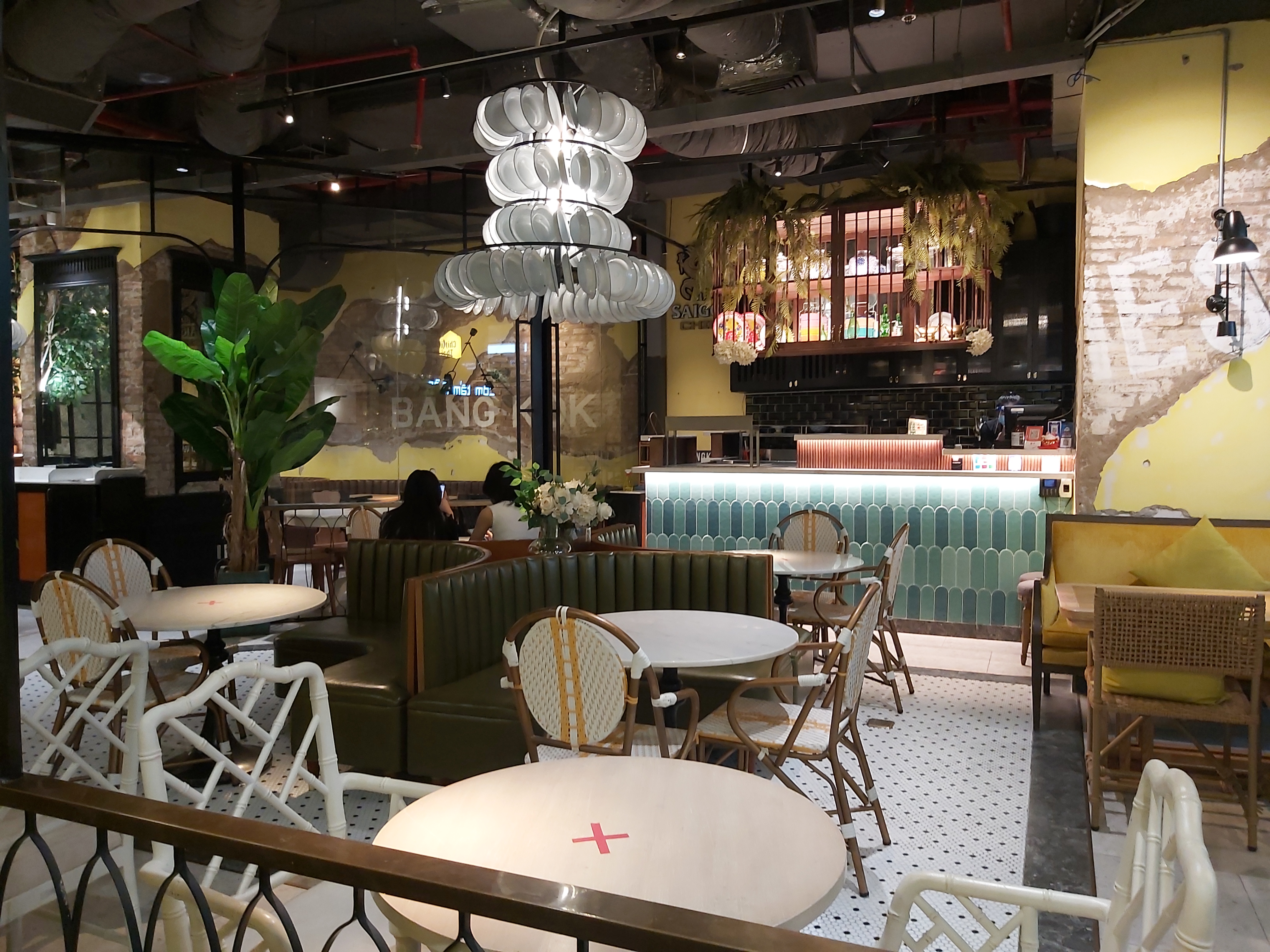 The Ho Chi Minh City Department of Industry and Trade has proposed that the municipal authorities allow sit-down service to resume in order to boost economic recovery and prepare for the upcoming tourism promotion plans.

In a document submitted to the municipal People’s Committee, the department stated that local eateries, excluding venues selling beer and alcohol, should be permitted to restore their normal operations, which consist of both dine-in and takeaway services.

These establishments must meet certain safety criteria that were promulgated by the city’s Steering Committee for COVID-19 Prevention and Control.

The venues must also operate at 50 percent of their capacity and close before 9:00 pm.

Each table can have up to two people, and the tables must be at least two meters apart.

The trade department stated that resuming dine-in service in a gradual and safe manner will help restore economic activities in the city.

It will also meet the demand of local residents and prepare for tourism promotion campaigns in the near future.

Nearly 98 percent of the city’s adult population have received their first COVID-19 vaccine doses and 75 percent have been fully vaccinated, the agency continued, adding that the local vaccination rate will keep increasing in the coming time, which will ensure safety for socio-economic activities.

Eateries are allowed to offer only takeaway at the moment while many F&B chains have decided to remain closed as takeaway service is not profitable enough.

The Department of Industry and Trade asked the city’s Food Safety Management Authority to provide further guidance if sit-down service goes back on stream.

It also requested authorities in districts and Thu Duc City to conduct regular inspections to make sure pandemic prevention and control regulations are followed.

Prior to this proposal, the Vietnam Cuisine Culture Association made a similar suggestion to authorities in the southern metropolis.

Ho Chi Minh City has been the hardest-hit locality since the fourth outbreak began on April 27, with nearly 420,000 local infections.

The city had imposed social distancing measures at various levels since May 31 before loosening multiple restrictions on October 1.