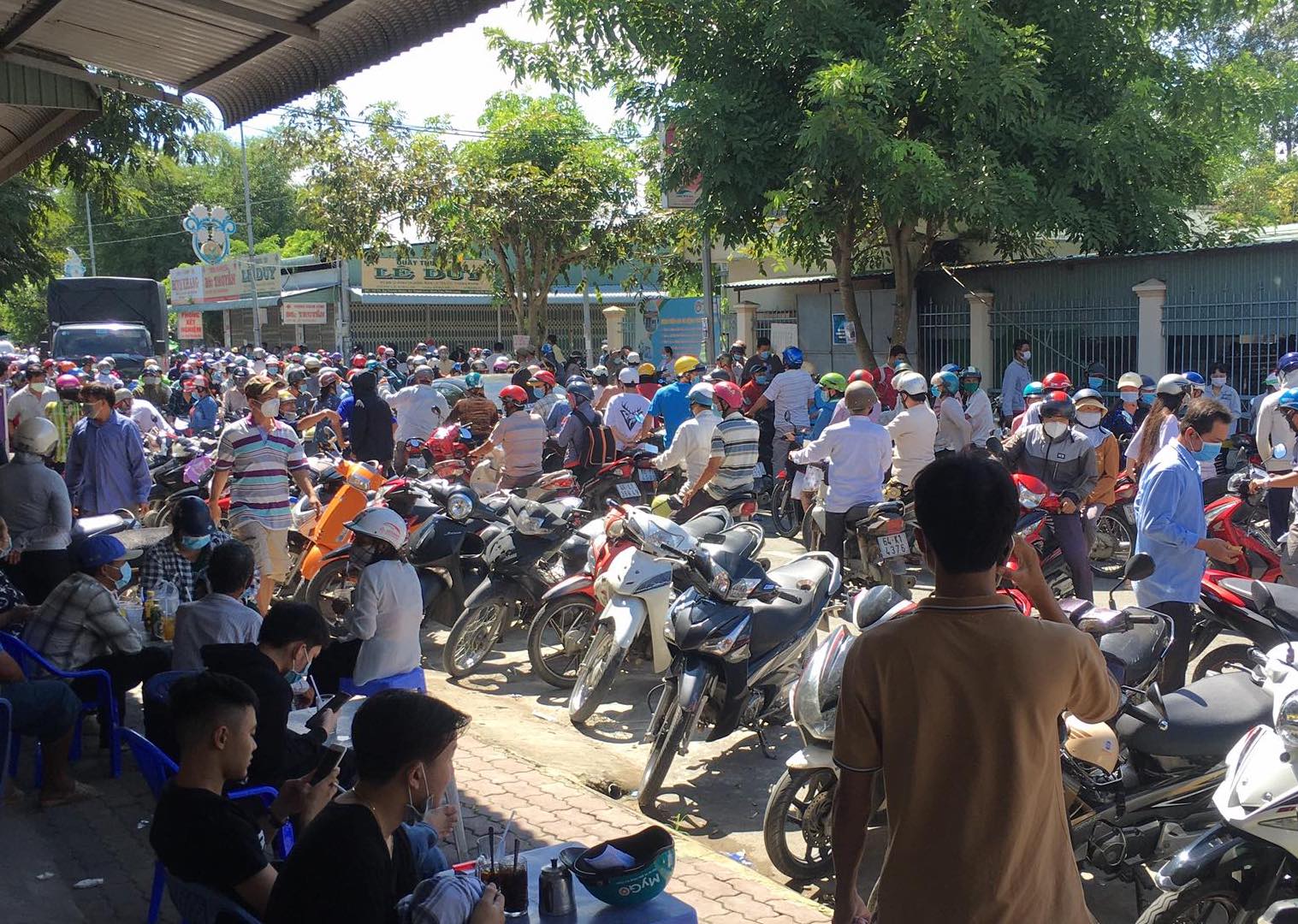 Thousands of people from Vinh Long Province, located in Vietnam’s Mekong Delta, flocked to a district-level medical center on Tuesday in the hope of snatching a slot for COVID-19 vaccination.

According to the observations of Tuoi Tre (Youth) newspaper reporters at around 1:30 pm, crowds of people filled the Binh Tan District Medical Center in Vinh Long to sign up, pick a number, and wait for their turn to receive a COVID-19 vaccine.

Many of them jostled for a spot and even stood on tables to snatch a slot before the doses ran out.

They said they needed to get vaccinated so that they would be allowed to go back to work.

“We heard that we would be provided with the vaccination if we picked a number and waited,” a resident stated.

According to Nguyen Van Tap, chairman of the Binh Tan People’s Committee, the medical center is among the ten inoculation sites in the district that are offering the Sinopharm COVID-19 vaccine as first doses.

The venue is also providing the AstraZeneca vaccine as second doses.

“Local residents might have mistaken that we were also providing the AstraZeneca vaccine as first doses, which resulted in the incident,” Tap elaborated.

Police officers were later mobilized to ensure order at the facility, he added.

Vinh Long Province has recorded over 2,400 local infections since the fourth outbreak hit the country on April 27.

With a population of over one million people, the province had administered 547,443 vaccine doses as of Tuesday morning, with more than 51,000 people fully vaccinated, according to the provincial Department of Health.