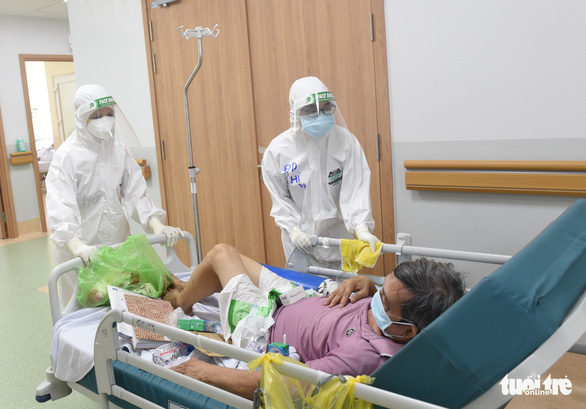 The Ministry of Health added 8,162 coronavirus cases to Vietnam’s caseload on Thursday, lifting the national count past one million patients.

The latest cases, including 17 imported and 8,145 local transmissions, were recorded in 56 provinces and cities, the ministry said, adding that 3,951 patients acquired their infection from the community.

The Southeast Asian country has documented 995,903 community-based transmissions in all its 63 provinces and cities since the fourth virus wave emerged on April 27. A total of 843,131 of them have recovered from the respiratory disease.

The health ministry reported 1,894 recovered patients on Thursday, taking the total to 845,948.

The toll has jumped to 22,849 deaths after the ministry registered 84 deaths on the same day, including 38 in Ho Chi Minh City, six in Binh Duong Province, and the remainder in 16 other provinces and cities.

Health workers have administered more than 95.5 million vaccine doses, including 1,510,844 shots on Wednesday, since inoculation was rolled out on March 8.