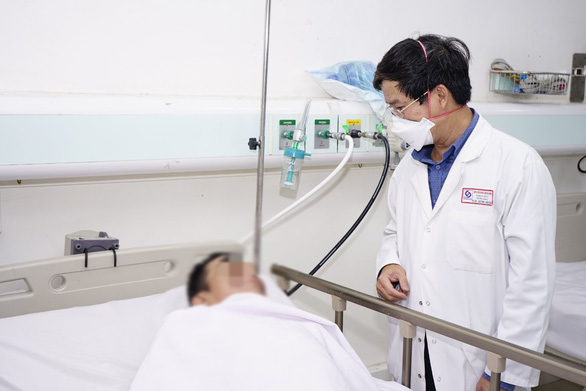 Doctors in Ho Chi Minh City have resuscitated a man who had been senseless for two days after drinking methanol-containing liquor.

Before being transferred to the hospital, the patient was initially treated at another clinic on November 7, when he was diagnosed with myocardial infarction and later received endotracheal intubation and mechanical ventilation.

After some tests and considering other subclinical signs, Nhan Dan Gia Dinh doctors diagnosed the man with methanol poisoning, with his blood methanol concentration at 199.22 mg/dl while the normal level is zero.

Doctors infused ethanol into the man’s stomach to prevent the conversion of methanol into toxic substances and gave him emergency dialysis twice.

On November 11, the patient recovered, communicated normally, and was discharged later.

“Even if they can be saved, they will suffer blurred vision as a complications.”

From the beginning of October, Nguyen Tri Phuong Hospital and Thong Nhat Hospital in Ho Chi Minh City have admitted dozens of patients with methanol poisoning, many of whom died.

“Most of these patients are workers who had downed cheap spirits.”

Lengthy COVID-19 travel restrictions frustrated many people so some of them drank a lot of liquor as a way to soothe their souls, Dr. Dung added.

Methanol, commonly known as industrial alcohol, is used in paints or as solvents among different uses, but this substance is very toxic to the body, doctors said.

Consuming methanol is not only detrimental to the heart, brain, and respiratory system but it also causes kidney failure, cardiovascular collapse, and blindness, they warned.