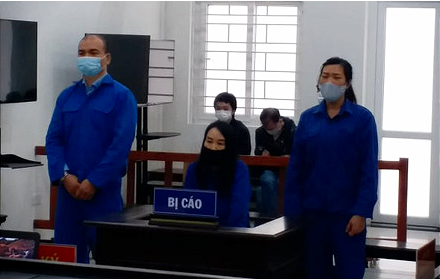 A former police officer from Hanoi has been sentenced to seven years in jail for helping two wanted Chinese criminals obtain fake IDs in Vietnam.

During a trial on Monday, the Hanoi People’s Court condemned Ta Van Thuan, 48, a former officer in Tram Long Commune, Ung Hoa District, to seven years behind bars for forging the seals and documents of agencies and arranging for others to unlawfully stay in Vietnam.

Li was wanted by Chinese police for assault and Liu for fraud.

Thuan and Dung helped Li sign up for a fake ID in March 2015, in return for a payment.

The married couple also helped Liu in a similar deal in December 2019.

With their fake IDs, the two Chinese men were able to register for passports and used the documents to travel between Vietnam and Thailand.

They were able to open bank accounts and find jobs in Vietnam.

They eventually admitted that Thuan and Dung had helped them obtain bogus IDs.

At the trial, the Hanoi People’s Court also sentenced Li to three years and six months in jail and Liu to three years behind bars for using fake documents.

The two Chinese nationals will be deported from Vietnam after serving their jail terms.