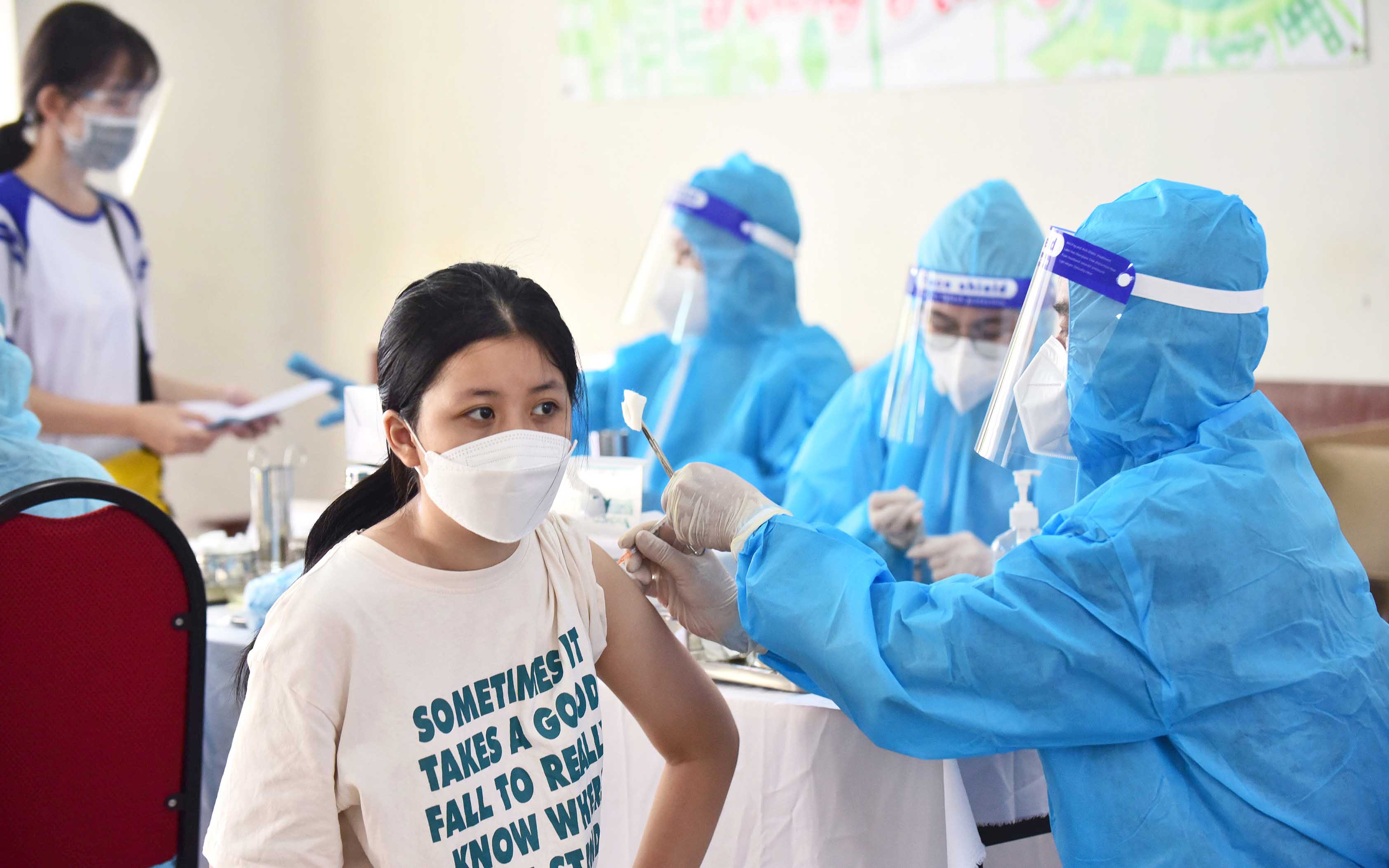 Ho Chi Minh City will begin providing third COVID-19 vaccine shots to certain groups on Friday, making it the first locality in Vietnam to initiate such a vaccination drive.

The third doses will be first given to frontline workers and people at higher risk, Duong Thi Hong, head of the office of the Expanded Program on Immunization and deputy head of the National Institute of Hygiene and Epidemiology, told Tuoi Tre (Youth) newspaper on Wednesday.

About 97 percent of the country’s adult population have received at least one COVID-19 vaccine dose, while 70 percent have been jabbed twice.

In Ho Chi Minh City and many southern provinces, COVID-19 infections have bounced back despite a high vaccination rate, which led to an increase in mortalities.

These localities have recorded about 200 deaths each day over the past week, Hong elaborated.

This situation has prompted health authorities to provide further shots to residents at high risk as soon as possible, the official continued.

Ho Chi Minh City will be the first in the country to begin such a vaccination campaign on Friday, she stated, adding the additional primary jabs will first be given to people with serious underlying conditions, like cancer or organ transplant, who had received their second shots at least 28 days ago.

After that, frontline workers will be given the booster jabs six months after their second doses.

In other provinces and cities, priority will be given to providing the second dose to all adults, followed by fully vaccinating children aged 12 to 17.

The Ministry of Health is planning to provide booster shots to all residents in the first half of 2022, Hong said, adding that the ministry is preparing the source of vaccines.

mNRA vaccines including Pfizer-BioNTech and Moderna and viral vector vaccines such as AstraZeneca will be used in this drive, the official elaborated.

At a press meeting on Wednesday, Deputy Minister of Health Do Xuan Tuyen said that the ministry was tasking the National Institute of Hygiene and Epidemiology and Pasteur Institute with conducting antibody tests to evaluate the efficacy of COVID-19 vaccines in Vietnam.

Tuyen stated that Vietnam had purchased more than 200 million vaccine shots and is expected to fully inoculate all of its adult population by mid-December, much sooner than scheduled.

The country has found 1,346,811 community transmissions in all its 63 provinces and cities since the fourth virus wave erupted on April 27.

Ho Chi Minh City is the hardest-hit locality with 481,923 patients.