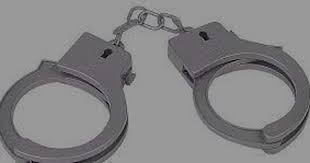 An officer at a prison in Vietnam has been apprehended for allegedly torturing an inmate.

Tu will be held in custody for four months to facilitate the investigation.

The Supreme People’s Procuracy had completed legal procedures and conducted a COVID-19 test on the officer prior to the arrest.

The Tuoi Tre source stated that Tu had beaten a female prisoner with a baton on many occasions.

The officer was suspended from work about a month ago after the victim reported the case.

An official at Z30D prison has confirmed the incident to Tuoi Tre but refused to provide further information.

According to the Penal Code, torturing inmates is punishable by six months to 12 years in prison depending on the severity of the offense.

The offender can face up to 20 years in jail or a life sentence if the torture results in death.

The violator will also be banned from working in certain positions for one to five years.