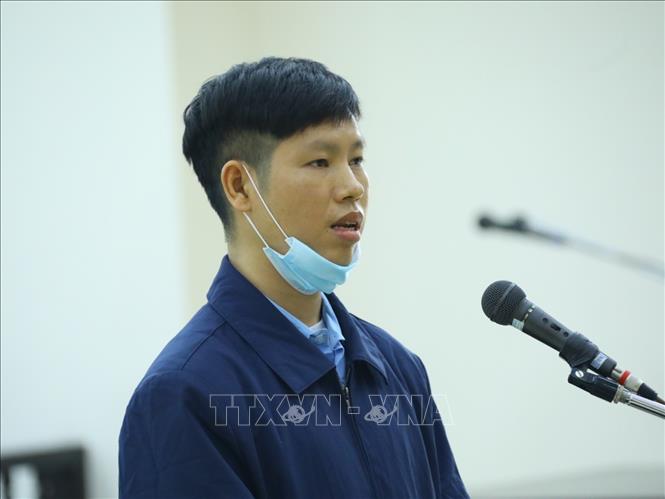 The Hanoi People’s Court on Wednesday sentenced two people to a combined 16 years in prison for spreading anti-state materials.

Trinh Ba Phuong, 36, and Nguyen Thi Tam, 49, were jailed for 10 and six years, respectively, for making, storing, or circulating information and documents with content against the Socialist Republic of Vietnam.

After serving their sentences, Phuong and Tam will be put on probation for five and three years, respectively.

In January 2020, military units and local authorities built a wall to protect Mieu Mon military airport in Dong Tam Commune, My Duc District, Hanoi, according to the indictment.

Police officers were stationed at the site to ensure order and security in the commune, but were later attacked by an armed group of residents who opposed the construction of the wall around the military airfield.

The clash resulted in the death of three policemen, while officers also shot a man holding a grenade. The man later died.

Throughout the conflict, Phuong and Tam posted several videos, articles, and statuses on Facebook that the court found to be have distorted the situation in Dong Tam.

The two also defamed the people's government, incited people to oppose the state, and slandered and discredited competent authorities.

In addition, police found that Phuong was possessing a book that contained fabricated information aimed at defaming the people's administration.

The court stated that the defendants’ activities had threatened national unity and affected people’s trust in the Party and state's guidelines and policies.

In their decision, judges cited the defendants’ repeat offenses as reasons for levying such a strict punishment.