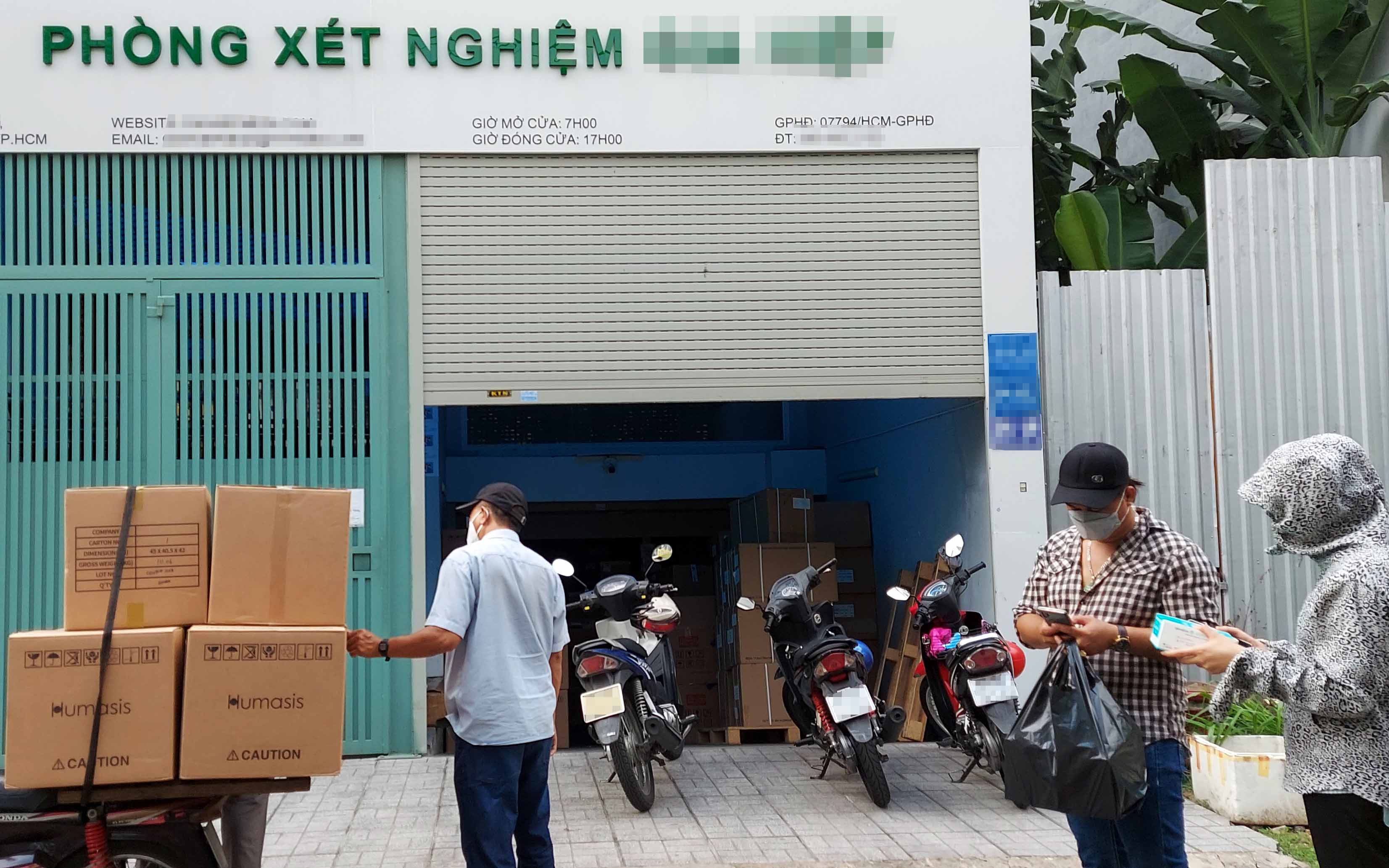 COVID-19 test kits that are said to be able to detect the Omicron variant have recently been advertised on many Facebook groups in Vietnam.

Sales of these test kits have become viral following a false rumor about a man who was found carrying the Omicron variant at a hospital via a real-time RT-PCR test.

Tuoi Tre (Youth) newspaper reporters joined a Facebook group with 25,000 members and pretended to be a buyer of such kits.

Dozens of accounts have contacted the correspondents, advertising that their test kits were made in South Korea, India, or Germany.

A user named T.H., who said his kits originated in South Korea, also presented a certificate seemingly issued by the World Health Organization (WHO).

The man arranged a meeting at a warehouse in Tan Binh District where he delivered the test kits, whose brand was Genedia.

If the result shows two lines, it means the sample carries the Omicron variant, H. claimed.

If it is the Delta variant, which is dominant in Vietnam now, the kit will also show a similar result, the man said, but reassured that his kit is more sensitive to the Omicron mutant.

Similar to H., D. was unable to explain how the kit would react differently to the Omicron variant from other variants of the coronavirus.

There is no such kit

Health workers have stressed that genome sequencing must be done to identify a variant of the coronavirus.

In Ho Chi Minh City, the Hospital for Tropical Diseases, in coordination with the Oxford University Clinical Research Unit, is in charge of conducting genome sequencing on all imported COVID-19 cases in the metropolis.

This process is very complicated and can only be done at major healthcare facilities in the country, according to Dr. Pham Hung Van from the Vietnamese Association of Clinical Biochemists.

The patient also needs to have a high viral load in order for the sequencing to be accurate, Van added.

There are no commercial test kits that are able to detect the Omicron variant, Do Van Dung, dean of the public health department at the University of Medicine and Pharmacy at Ho Chi Minh City.

It is also pointless and unnecessary for patients to determine which coronavirus strain they are carrying, Dung continued, adding that this is the job of epidemiologists and researchers.

“If a patient is infected with the Omicron mutant, the treatment and quarantine process will remain the same,” he underscored.

First reported to the World Health Organization (WHO) by South Africa on September 24, the Omicron mutant, a.k.a. the B.1.1.529 variant, has now been reported by over 110 countries and territories.

By Wednesday, the country had documented 25 of such cases, all of which were imported from other nations.