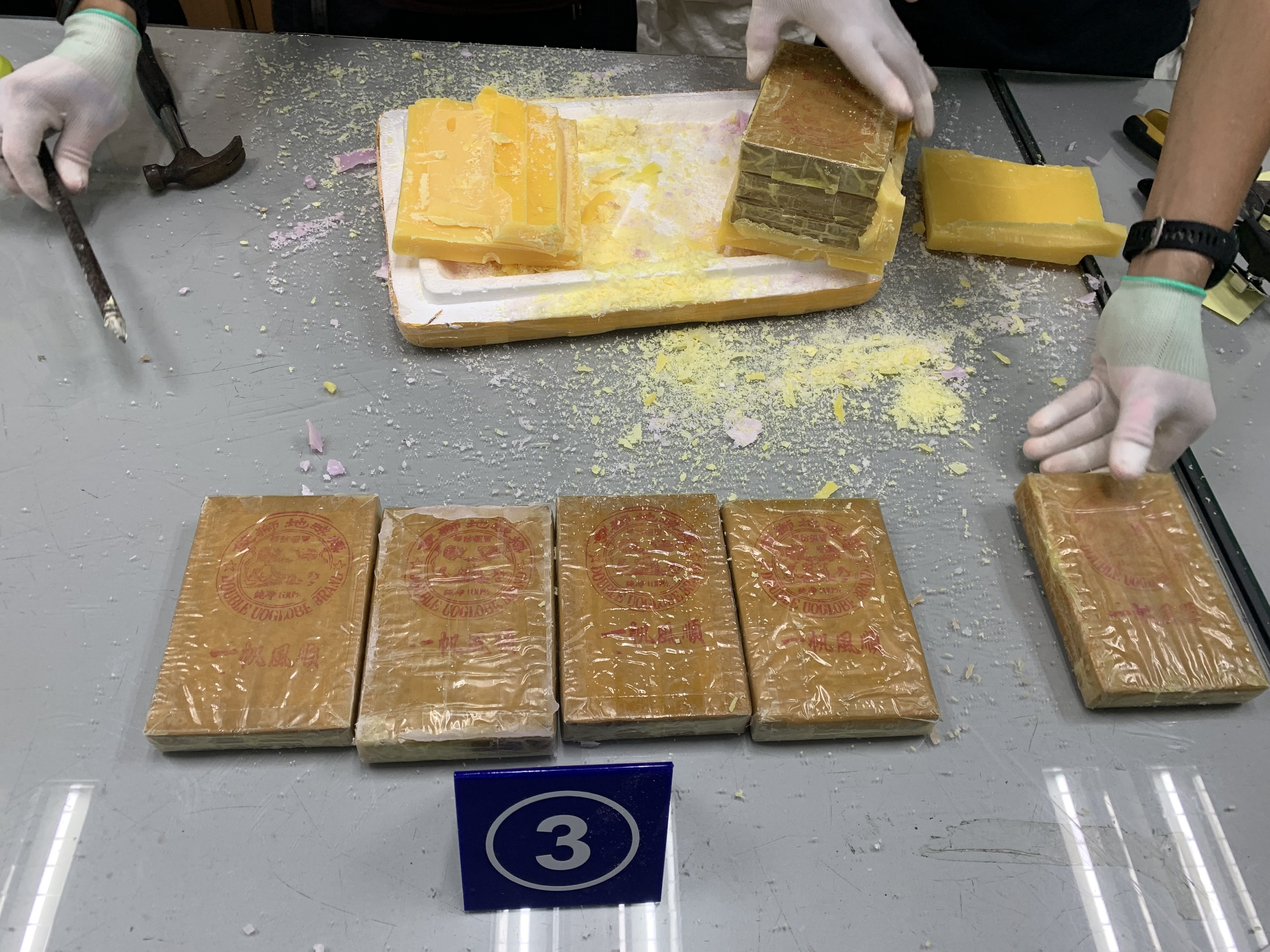 Customs officers in Ho Chi Minh City have discovered over 40 kilograms of narcotics stashed inside non-commercial consignments sent from other countries, the Vietnam News Agency reported.

The municipal Department of Customs confirmed on Wednesday it had examined 20 non-commercial shipments from abroad and five parcels that were about to be exported.

The narcotics were hidden inside such goods as household items, scented wax, phonographs, and cans of cereal and milk.

Officers in Ho Chi Minh City have detected about 88 similar cases since the beginning of 2021 and confiscated nearly 200 kilograms of drugs.

They believed that the illegal activities were part of a transnational drug ring that had smuggled a large amount of narcotics from Germany, France, and the U.S. to Vietnam.

The drugs were then exported illicitly to Australia.

The municipal customs department said it has coordinated with anti-drug officers under the General Department of Vietnam Customs and the Ho Chi Minh City Department of Public Security to investigate the case.