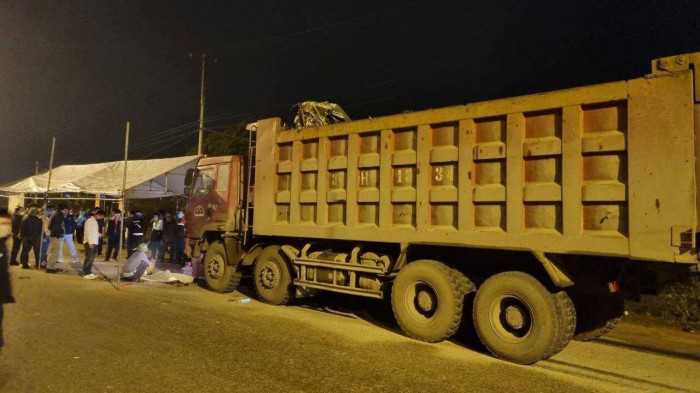 Four people from one family were killed after their motorbike was hit by a truck in the north-central Vietnamese province of Thanh Hoa.

The fatal accident took place at around 8:30 pm on Wednesday on Nghi Son-Bai Tranh Street in Hai Thuong Ward, Nghi Son Town, according to the provincial traffic safety committee.

Nguyen Trong Thu, 45, was carrying his wife, 42-year-old Nguyen Thi Thao, along with their 10-year-old daughter and eight-year-old son on a motorcycle.

A truck later hit their motorbike, killing the young boy on the spot.

Thu and Thao died on their way to the hospital, while their daughter later succumbed to her injuries at the infirmary.

Provincial officials and police later arrived at the crash site to investigate and manage the accident.

Deputy Prime Minister Pham Binh Minh, who is chairman of the National Steering Committee for Traffic Safety, has directed competent agencies to determine the cause of the crash and take necessary measures to prevent similar happenings in the future.

He also requested local authorities to check whether or not the truck and motorbike drivers were under the influence of alcohol.