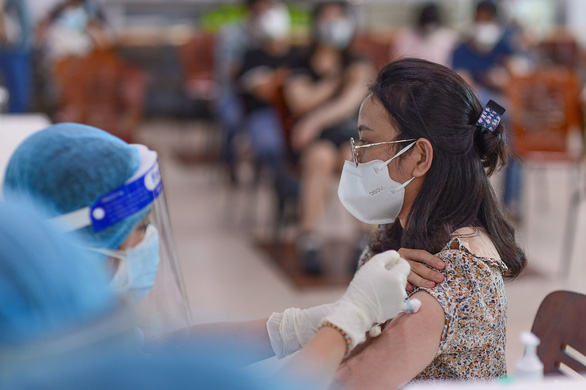 Ho Chi Minh City has received 300,720 doses of Moderna COVID-19 vaccine from the global vaccine-sharing scheme COVAX Facility to step up its booster vaccination campaign, according to the municipal Department of Health.

The batch was among over two million doses of the vaccine the COVAX Facility donated to centers for disease control across Vietnam through the Ministry of Health.

Authorities of the provinces and cities getting the shots are required to use them as boosters effectively before January 31 this year, as the vaccine vials have been thawed since January 1.

Le Hong Nga, deputy head of the Ho Chi Minh City Center for Disease Control, said on Thursday that it had allocated all 300,720 doses to medical centers in every district and Thu Duc City.

The southern metropolis has documented more than 510,200 COVID-19 infections since the fourth virus wave hit Vietnam on April 27 last year.

As of Thursday, the city had administered around 19 million doses of COVID-19 vaccines to residents.

Over 8.1 million adults out of nine million people of the city have received at least one COVID-19 vaccine shot, with more than 7.3 million of them fully vaccinated, according to the national COVID-19 vaccination portal.

Health workers have administered over 164.4 million vaccine doses, including 927,829 shots on Wednesday, since vaccination was rolled out nationwide on March 8, 2021.

Upwards of 78.4 million of the country’s 98 million people have received at least one dose while above 71.7 million have been jabbed twice.

The number of third doses – including additional primary shots for immunocompromised people, boosters, and third jabs of Cuba’s Abdala vaccine – has topped 14.3 million.