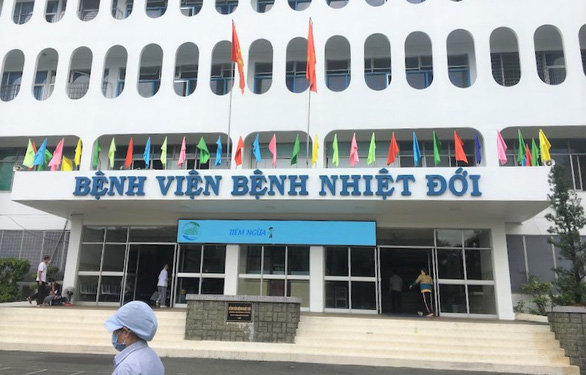 Vietnam’s commercial hub Ho Chi Minh City has recorded one more infection of the coronavirus Omicron variant in an elderly Vietnamese woman who returned home from the U.S., bringing the total Omicron cases documented so far in the city to 13.

The patient, an 82-year-old woman with some underlying health conditions, arrived at Tan Son Nhat International Airport on January 10 and tested positive for COVID-19 upon her arrival, local health authorities reported on Friday.

The woman was then put in quarantine and a genome sequencing performed on her later confirmed her to contract the highly contagious Omicron strain, said Dr. Le Manh Hung, deputy director of the Ho Chi Minh City Hospital for Tropical Diseases, where the patient is being treated.

The elderly woman, who received two shots of Moderna vaccine two months ago, was hospitalized with her leg swelling and some common COVID-19 symptoms including difficulty breathing and tiredness.

After four days of treatment, the woman has gradually recovered and she has been able to take care of herself, Dr. Hung said.

This has been the 13th Omicron case recorded in the southern city and all the previous 12 patients, with no or slight symptoms, have been discharged from hospital.

More than 2,000 people, including those taking the same flights and having direct contacts with the 12 patients, have all tested negative for COVID-19, local health authorities reported.

Nationwide, 51 imported Omicron infections cases have been detected in different localities since the first case was confirmed in the capital city of Hanoi on December 21 last year.

For early detection of the variant, the Ho Chi Minh City Department of Health has given rapid COVID-19 tests to all people entering the city from abroad at the Tan Son Nhat International Airport since January 1.

First reported to the World Health Organization (WHO) by South Africa on September 24, 2021, the Omicron mutant was designated by WHO as a variant of concern two days later.

The strain, which health experts stated appears to be more contagious but less virulent than previous strains, has now been reported by over 130 countries and territories and has become the dominant variant in many places, according to international media sources.

Health workers have administered over 78.52 million first doses, 71.94 million second shots and 15.04 million third jabs of COVID-19 vaccines to people nationwide since vaccination was rolled out on March 8, the ministry said.

The agency has called on all localities to make more efforts to complete the coverage of second vaccine doses for children aged 12 to 17 within this month.