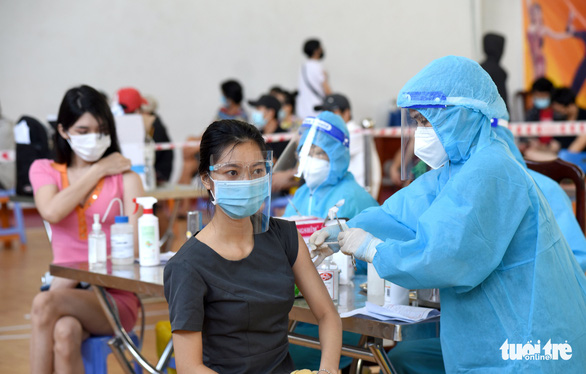 Vietnam logged 14,362 COVID-19 infections on Monday, along with 36,331 hospital discharges and 165 virus-related fatalities.

The newest cases, including 55 imported and 14,307 domestic transmissions, were confirmed in 61 provinces and cities, the Ministry of Health said, adding that 9,534 were infected in the community.

The country has detected 2,149,095 community transmissions in all its 63 provinces and cities since the fourth virus wave erupted on April 27, 2021. More than 1.83 million of them have recovered from COVID-19.

Hospitals discharged 36,331 coronavirus patients on Monday, raising the tally to 1,841,180, according to the health ministry.

Vietnam has confirmed 2,155,784 patients, including 163 imported and community-based Omicron infections, since the COVID-19 pandemic first hit the country in early 2020.

Health workers have administered above 176.4 million vaccine doses, including 882,832 shots on Sunday, since vaccination was rolled out nationwide on March 8, 2021.

Above 78.89 million of the country’s 98 million people have received at least one dose while more than 73.7 million have been injected twice.

The number of third doses – including additional primary shots for immunocompromised people, boosters, and third jabs of Cuba’s Abdala vaccine has exceeded 23.77 million.