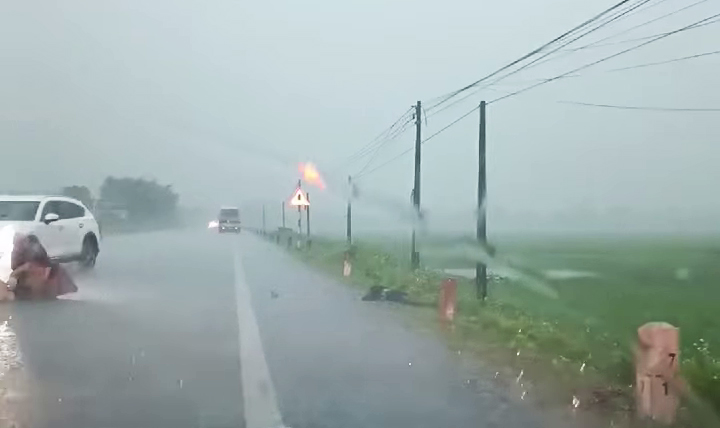 Four people were killed after being struck by lightning in two separate incidents in Thai Binh and Hung Yen Provinces, northern Vietnam on Thursday.

Le Van Luu, chairman of the People’s Committee in Thuy Thanh Commune, Thai Thuy District, Thai Binh, confirmed that three residents had been struck by lightning while riding their motorcycles on Provincial Highway No. 456 at around 4:10 pm.

There was a downpour accompanied by a thunderstorm in the locale at that time, Luu added.

The victims were rushed to the commune’s medical station but died en route.

On the same day, a 54-year-old woman named L. from Le Xa Commune, Tien Lu District, Hung Yen Province was fatally struck by lightning while she was heading back home from a paddy field.

It was raining heavily at the time, according to Bui Van Lap, the commune chairman.