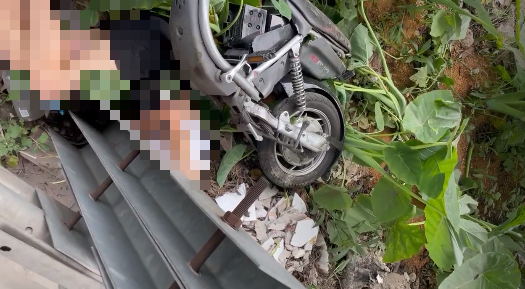 A train hit two teenage students riding an electric bicycle when they were crossing the railway in Hanoi on Friday afternoon, killing one of them and injuring the other.

A representative of Ngoc Hoi Gas Station under the Vietnam Railways Corporation said later on the same afternoon that functional forces are clarifying the cause of the collision between the SE5 train, which was traveling from Hanoi to north-central Nghe An Province, and the two students’ electric bike at 1:55 pm.

While the boys were crossing a railway section in parallel with Ngoc Hoi Street in Thanh Tri District, Hanoi on their way to school, the train hit and knocked them about 20 meters away, according to the representative.

The electric bicycle was badly damaged while one student died on the spot and the other was seriously injured and was taken to hospital.

Both of the boys were born in 2008 and are students of Van Dien Town Middle School in Thanh Tri District.

The crossing they traveled on was spontaneously built by local residents, with authorities erecting a warning sign against using it.

The accident caused the SE5 train to be suspended for 15 minutes.