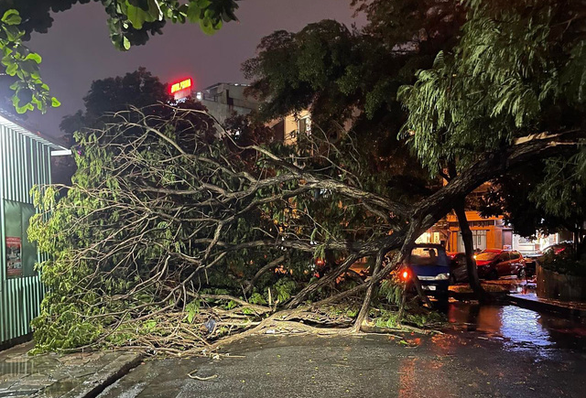 -- Vietnam's Assistant Minister of Foreign Affairs Do Hung Viet and Israel's Ministry of Foreign Affairs’ Political Director Alon Bar co-chaired the fourth political consultation conference between the two ministries via videoconference on Thursday, according to the Vietnam News Agency.

-- The Ho Chi Minh City Department of Health issued a document on Thursday urging the local healthcare system to beef up monitoring of people coming from abroad, especially from countries where monkeypox cases have been recorded, at borer gates to timely repond to any infection found.

-- Many trees were uprooted and advertising boards were blown off when rains and strong winds hit Ho Chi Minh City on Thursday evening.

-- Three died and one was injured as a house wall collapsed in Vinh Phuc Province, northern Vietnam on Wednesday, according to local authorities.

-- Twenty-one percent of the Indian companies that are setting up or planning to set up shop in Southeast Asia have plans to expand business in Vietnam in the next two years, according to 'HSBC Navigator: SEA in Focus,' a survey of more than 1,500 companies from six of the world’s largest economies, including China, France, Germany, India, the UK, and the U.S.. The survey, released on Thursday, showed that 26 percent of the Chinese firms polled said they were heading for growth priority in the Vietnamese market.

-- "About 200 confirmed and more than 100 suspected cases of Monkeypox have been detected so far outside of the countries where it usually spreads, a World Health Organization official said on Thursday, urging countries to increase surveillance for the infectious disease," Reuters reported.

-- "The risk of going hungry in Brazil is higher than ever, as the percentage of people unable to afford food for themselves or their family at some point during the last 12 months rose to a record 36% in 2021, from 30% in 2019, a newly published study showed," according to Reuters.