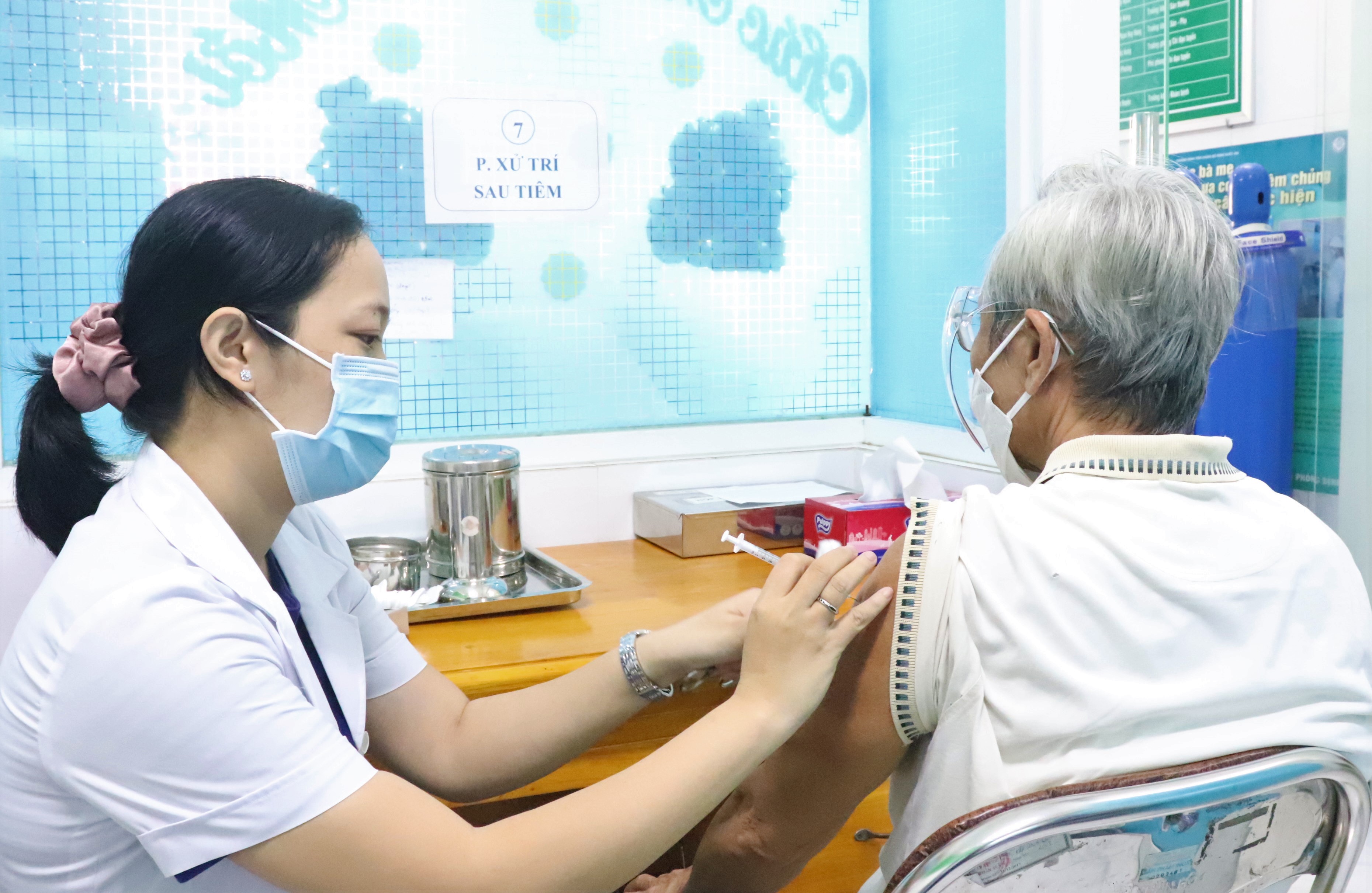 In Ho Chi Minh City, the intake process at vaccination sites appeared to be going well as the time and place had been notified to local residents several days in advance via various means.

To receive a shot, locals only needed to arrive at designated vaccination sites with IDs and certificates of their previous COVID-19 vaccine doses.

At the inoculation site in Da Kao Ward in District 1, dozens of people, mainly elderly citizens, awaited their turn to receive a second booster shot on Thursday morning, according to the observation of Tuoi Tre (Youth) newspaper reporters.

Hoang Thi Muot, 69, was one of these residents. Muot had already had three doses of the vaccine and has not been infected with the virus so far.

As she is in poor health and uses a wheelchair, she was eager to get a fourth jab to help ensure protection from the coronavirus.

“Unlike during the peak of the pandemic, this vaccination process is very convenient,” Muot stated.

About 800 people arrived at the inoculation site run by Da Kao Ward on Wednesday and Thursday, Tran Thi Thanh Nguyen, an official from the ward’s medical center, said, adding that the number of people seeking a second booster shot has increased in recent days.

As of Tuesday, health authorities in the city of nine million people had provided nearly 21 million COVID-19 jabs.

Nguyen Thi Thu, from Ha Nam Province, said she had been fully vaccinated in her hometown before moving to Hanoi.

Thu said it would be more convenient if there was a fixed vaccination schedule so that she could arrange a time in advance.

According to the chief of a medical station in Hanoi, the facility will carry out the vaccination process once more shots are allocated.

“We don’t know exactly when the jabs will be distributed, thus it is difficult to inform local residents many days in advance,” he explained.

Statistics from the national COVID-19 vaccination portal show that Hanoi is among the 10 Vietnamese localities with the lowest vaccination rate.

Health workers in the city of eight million people have administered more than 17 million doses so far.