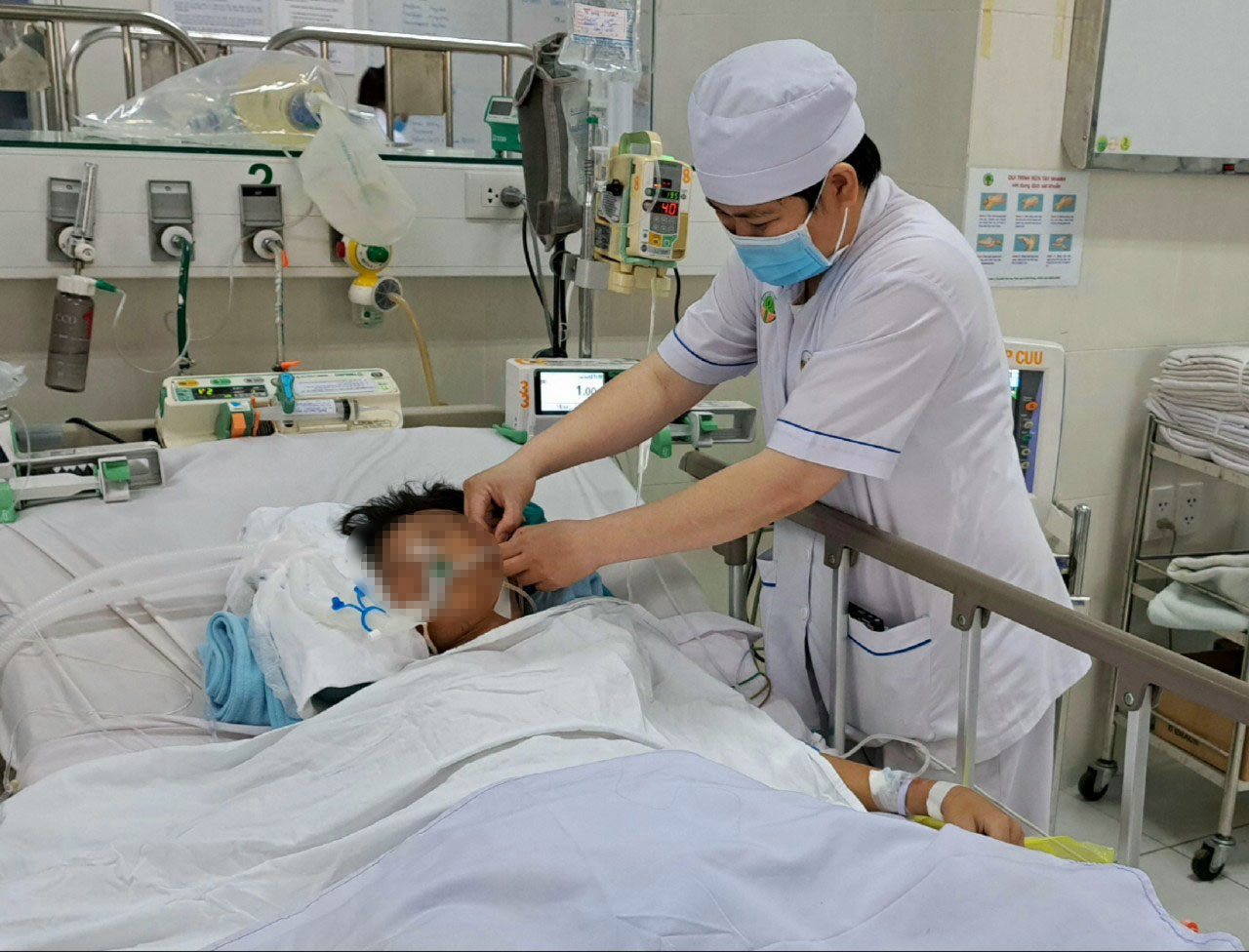 Two 13-year-old Vietnamese boys are hospitalized at the Children’s Hospital 2 in Ho Chi Minh City after being submerged underwater for five minutes in a diving challenge with their friends last weekend.

The children were still on ventilators for oxygen support, had intensive measures applied to protect their brains, needed drug transfusions, and received supportive antibiotic injections as of Monday, according to Dr. Vu Hiep Phat, head of the emergency department at the Children’s Hospital 2.

The two children will continue to be actively monitored by doctors in the coming days, Dr. Phat said.

The two boys went swimming with a group of friends at a location near their home, according to their family members’ account.

During the swim, the kids in the group challenged the diving abilities of each other.

While participating in the competition, the two 13-year-old boys were submerged underwater for about five minutes.

When rescued, both were in an unresponsive state and given first aid treatment.

When they woke up, they reflexively screamed but could not make other conscious vocal responses.

The boys were then admitted to the Children’s Hospital 2, where they were diagnosed with serious lung damage.

Dr. Phat said that drowning is one of the most common daily-life accidents in children.

Recently, Phat’s hospital has received many cases of drowning accidents with asphyxiation, most of which were too late for any treatment.

The doctor explains that a person with asphyxiation for more than four minutes will suffer brain damage, while asphyxiation that exceeds 10 minutes can cause death.

Even if they survive, asphyxiation still leaves a person with severe brain damage.

The doctor advises parents to pay close attention to their children during swimming and water-related activities, in addition to sending kids to swimming classes.