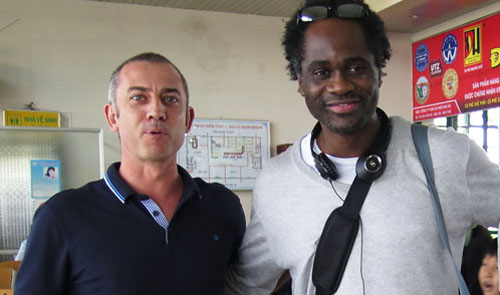 French coach Otta, 37, has been appointed to lead the training at the football academy Hoang Anh Gia Lai – Arsenal JMG, based in Pleiku City, to replace the famed coach Graechen Guillaume.

The coach will work with his Vietnamese colleague Nguyen Van Dan to take over the job.

In 2003-05, he played for Bondean Stata and International Congo’s Premier League before retiring from his competitive career to start his training job.

At the instruction of Jean Marc Guillou, general director of the global sports organization and training company JMG, coach Otta replaced coach Guillaume, who was assigned to lead the Vietnamese national U-19 football team – with 16 of 22 players from the school – to take part in training trips to England, Belgium, the Netherlands, and Japan to prepare for the Asian and Southeast Asian U-19 Championships this year.