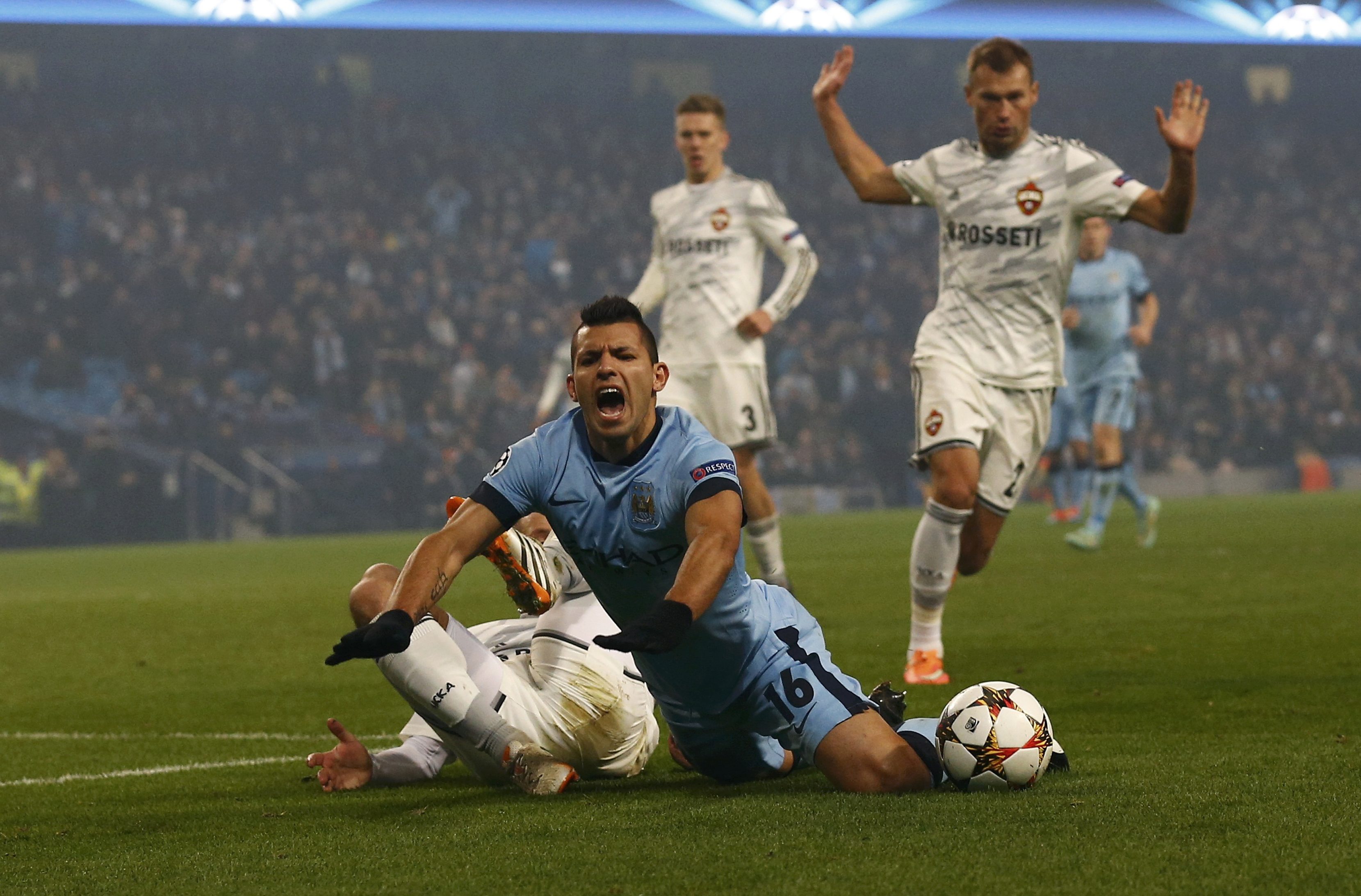 Manchester City manager Manuel Pellegrini said his side are suffering from a crisis of confidence after they suffered a humiliating 2-1 home defeat by CSKA Moscow on Wednesday.

A woeful performance underpinned by dreadful defending, poor discipline and a lack of character caused a loss that City could ill-afford as they bid to reach the Champions League last 16.

After Seydou Doumbia scored twice a visibly frustrated City side were reduced to nine men following the sendings-off of substitute Fernandinho and goalscorer Yaya Toure.

City are without a win in four Group E games and face a daunting task to qualify, hosting Bayern Munich, who have won all four games, and travelling to AS Roma in their remaining two matches.

Since first qualifying for the Champions League in 2011 City have flattered to deceive and given that their poor run has extended to their domestic campaign, including shock defeats by West Ham United and Newcastle United in league and cup, Pellegrini acknowledged his side may have a serious problem.

"It is a crisis of confidence of course. The last two weeks we are not playing the way we normally do," Pellegrini told Sky Sports.

"We must find out why by talking to the players everyday and trying to win again. It is difficult to understand why we played so bad.

"From the beginning we were nervous so we lost so many passes, we gave their two goals and really we didn't play. It's difficult to know why we have such low performances from important players."

Many of Europe's top sides achieve their elite status through their ability to change their preferred style of play to suit any opponents.

Against the Russian side, who caused City numerous problems with their rapid counter-attacks, Pellegrini said his side failed to do that.

"The way we tried to play, we were not changing nothing about what we did in other games," the Chilean added.

"I don't think it's just this competition. It's very difficult in this strange moment to understand why this is happening. I really don't understand why but we must find a reason."

Goalkeeper Joe Hart said they could only blame themselves for yet another anonymous European performance.

Chelsea stretched their unbeaten start to the season to a club record-equalling 16 games with a 1-1 draw against Maribor, but the 2012 winners were given a mighty scare.

The Slovenian upstarts, destroyed 6-0 by Chelsea at Stamford Bridge two weeks ago, took the lead in the 50th minute when Macedonia winger Agim Ibraimi curled in a spectacular left-foot shot from the edge of the box.

Maribor, buoyed by a noisy crowd, swarmed all over Jose Mourinho's side and had a great chance to make it 2-0 on the hour when unmarked teenager Luka Zahovic blazed the ball over the bar from six metres with an open goal at his mercy.

Chelsea then upped the tempo and Nemanja Matic equalised with a tap-in at the far post after captain John Terry had headed on a right-wing corner from Cesc Fabregas in the 73rd minute.

The Londoners spurned an excellent opportunity to grab all three points when Eden Hazard was tripped in the box with four minutes to go. The Belgian picked himself up to take the penalty but his effort was saved by Jasmin Handanovic.

Schalke 04 have five points after losing 4-2 at Sporting Lisbon (four) on Wednesday and Maribor (three) are also in with a chance.