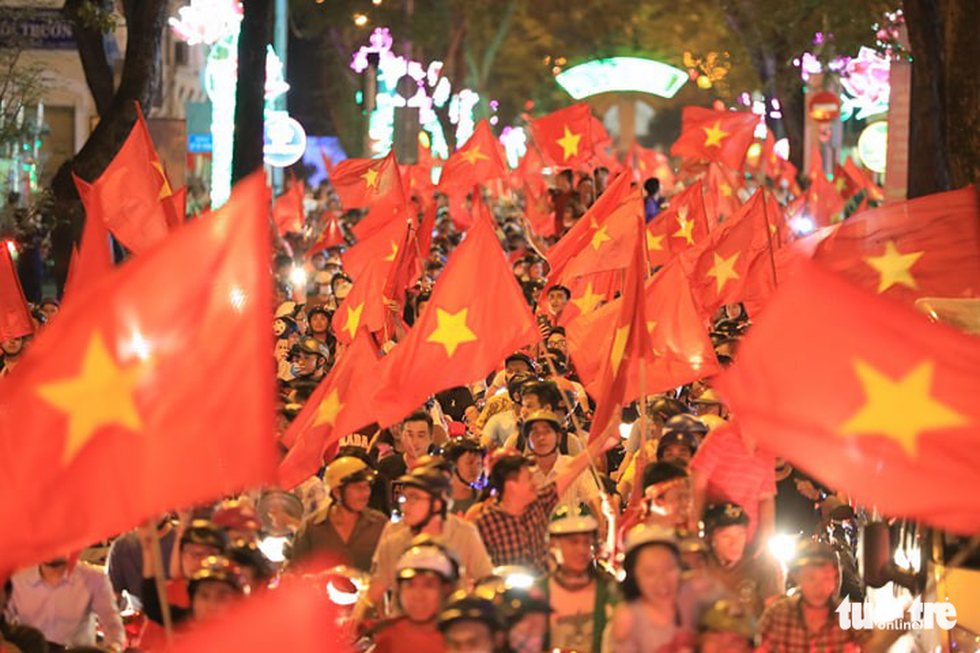 It’s been nearly ten years since a football team brought this much joy to the nation.

Vietnam beat Qatar 4-3 in their second consecutive penalty shootout of the tournament, after a gripping 2-2 draw in extra time.

Vietnam had already made history before Tuesday’s match in Changzhou, China, having become the first Southeast Asian team to make it to both the Asian championship’s quarterfinals and then the semifinals.

Fans dressed in red and yellow, the colors of Vietnam’s national flag, which was also waved proudly, began pouring into streets around the country at around 5:30pm on Tuesday, for parade party that lasted well beyond midnight.

From Hanoi and Da Nang to Ho Chi Minh City, downtown areas were packed with thousands of fans who chanted “Vietnam, the champions” and sang national songs as kitchen utensils were used as makeshift instruments.

Even foreigners were blown away by the celebrations and joined Vietnamese fans as they marched across the streets in the wildest parade the country has seen in nearly a decade.

Vietnam will face Uzbekistan in the final in Changzhou on Saturday as both sides compete for their first Asian title. For now let’s enjoy the festive atmosphere and hope that Vietnam’s Under 23’s can continue their footballing fairytale in China.