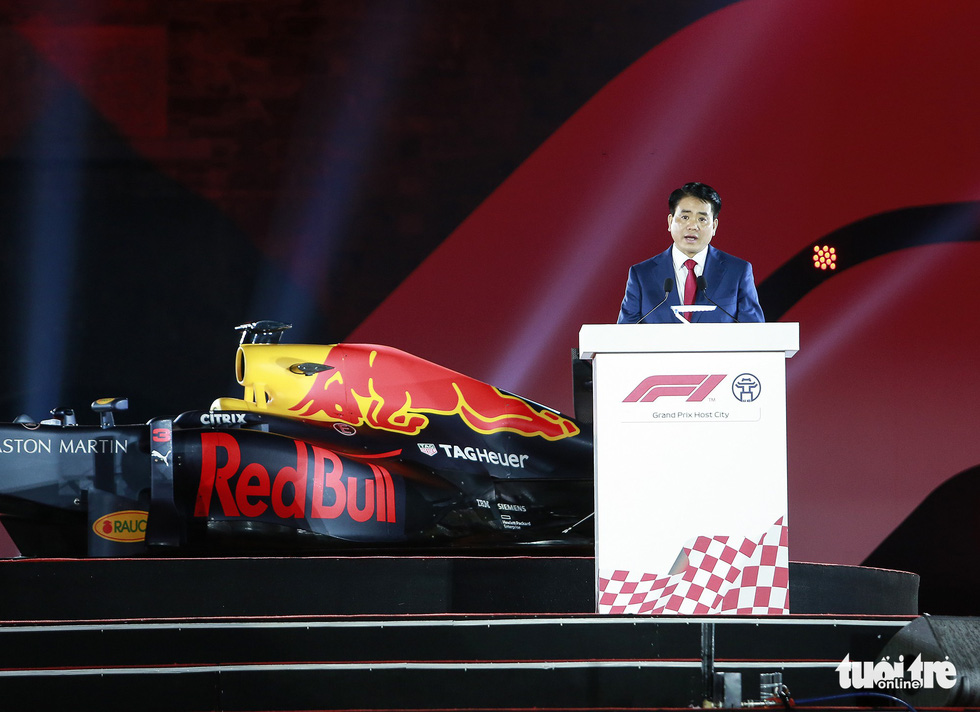 The administration of Hanoi on Wednesday held a press conference to officially announce its hosting of the F1 race starting 2020, making Vietnam the 22nd country in the world to organize the high-speed sport.

F1, short for Formula One, is the highest class of single-seater auto racing sanctioned by the Fédération Internationale de l'Automobile (FIA), the world governing body for motor sport, and owned by Formula One Group.

The F1 World Championship has been known as “the king of races” and one of the premier forms of racing around the world since its inaugural season in 1950.

The races are usually held at specially-built racetracks, but there are also a few races that are organized on city streets, most notably the races in Monaco and Singapore.

The results of races are aggregated to identify two World Champions each year, one for the driver and one for the team.

The Hanoi race will be part of the Formula 1 World Championship, and the third F1 race in the world to be held on the street.

Facilities and infrastructures for international sport events in Hanoi have already undergone renovation by the administration of Hanoi to support the organization of the upcoming F1 races in the city.

While the municipal administration won the bid to host the races, it will have Grand Prix Vietnam, a private entity owned by local conglomerate Vingroup, handle the actual organization of the event.

The racetrack in Hanoi will be 5,565 meters long and designed by a German company, promising to not only bring challenges to racers but also offer fans and viewers impressive performances.

The hosting of the race will put Hanoi and Vietnam on the world map of major sporting events, and help promote the city’s tourism and investment, chairman Chung said.

The F1 season is also a big TV event, attracting more than 400 million live TV viewers during each season, according to a Liberty report.

Ticket prices for F1 events in Hanoi are expected to be announced in April 2019, according to To Van Dong, director of the municipal sports department.

“As far as I know, ticket prices will be made affordable to regular residents,” Dong said.