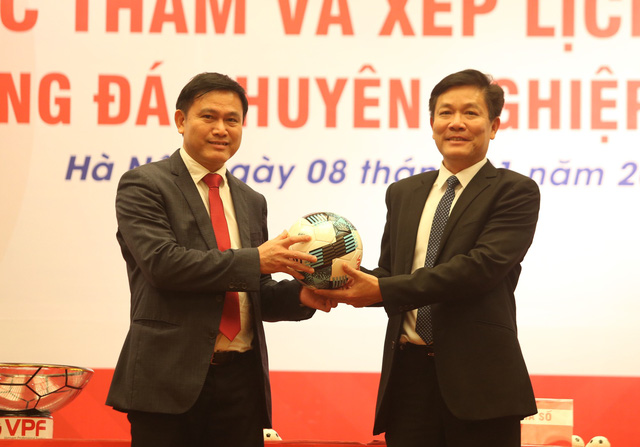 Vietnam’s top-tier V.League 1 will be experimenting with the Video Assistant Referee (VAR) system in the 2019 season that will kick off next month, the league’s organizing company said on Tuesday.

Vietnam Professional Football Co. (VPF), which has organized the professional tournaments of Vietnam’s football since 2011, held a meeting in Hanoi on Tuesday afternoon to set schedule for the top-tier and second-tier leagues, National Cup, and Super Cup for the 2019 season.

At the meeting, VPF’s chairman Tran Anh Tu confirmed that V-League 1, the top-flight competition, will employ the VAR system for some matches in the upcoming season that kicks off on February 23.

VPF has reached an agreement on VAR use with Next Media, which owns the television right of professional football tournaments in Vietnam, Tu said.

In the immediate term, VPF and Next Media will use VAR technology at stadiums that can meet the technical requirements, including Thong Nhat Stadium in Ho Chi Minh City, and those in Hanoi and in the southern province of Binh Duong, or for the most anticipated matches of V.League 1, according to the VBF chairman.

“I have also worked with [the organizers of] Thai League and they will send experts to share experiences in applying VAR to VPF,” Tu said at Tuesday’s meeting.

Thailand was the first Southeast Asian country to apply VAR technology in the last three rounds of the 2018 season of Thai League 1, according to Lao Dong (Labor) newspaper.

Bangkok Post also reported last month that Thai League confirmed the VAR technology will be used in all matches of Thai League 1 this year.

Likewise, the Asian Football Confederation (AFC) has confirmed that the AFC Asian Cup 2019, where Vietnam are competing in Group D alongside Iran, Iraq and Yemen, will make use of the VAR from the knockout stages of the continental competition.

During a match, the VARs will work together in an ‘operation room,’ equipped with numerous monitors offering different camera angles, to review certain decisions made by the main referee by watching video replays of the relevant incidents.

Four types of decisions can be reviewed using VAR including goals and violations in the build-up to them, penalties, red cards and mistaken identity in awarding a card.

Vietnam’s 26-team 2019 National Cup will start on March 31 and is expected to conclude by the end of October with one team chosen to represent Vietnam to compete at 2020 AFC Cup, Asia's secondary club football tournament organized by the Asian Football Confederation (AFC).