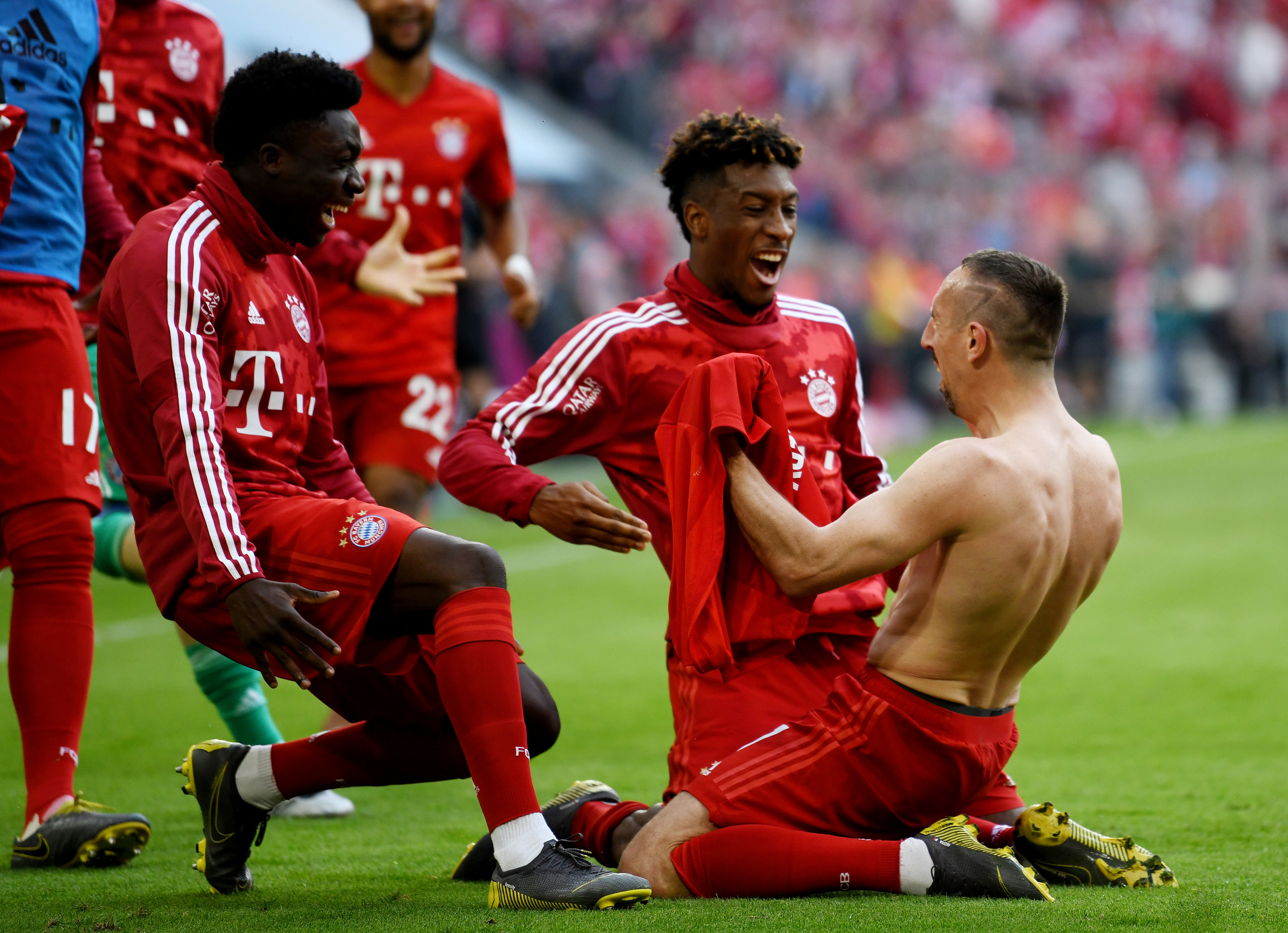 MUNICH, Germany, May 18 - Bayern Munich won the Bundesliga title for a seventh straight season after beating Eintracht Frankfurt 5-1 to finish ahead of rivals Borussia Dortmund.

The Bavarians, who can secure a domestic double if they beat RB Leipzig in the German Cup final on May 25, have now won the German league title a record 29 times.

Frankfurt cancelled out Kingsley Coman's fourth minute lead with Sebastien Haller early in the second half but dominant Bayern struck twice in five minutes with David Alaba and Renato Sanches to go back in front.

Dortmund finished two points behind in second place on 76 points after beating Borussia Moenchengladbach. RB Leipzig, third, and fourth-placed Bayern Leverkusen will join them in next season's Champions League.