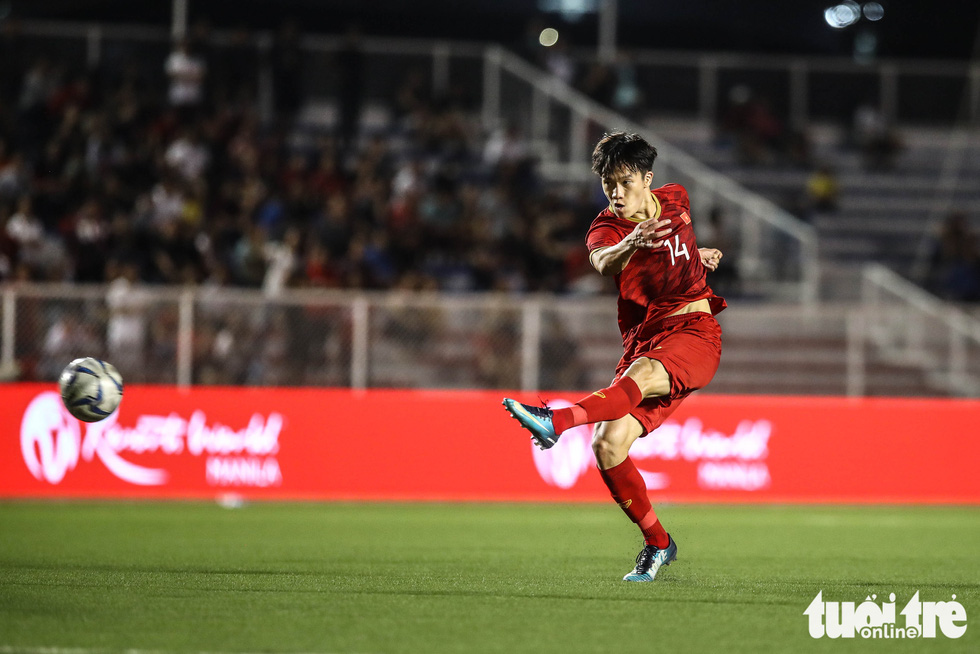 When Vietnam U22s and Indonesia U22s were all set for a draw in 2019 Southeast Asian (SEA) Games men’s football on Sunday night, Nguyen Hoang Duc hammered home in stoppage time – a goal reminiscent of Angel Di Maria’s blasting in the 2018 FIFA World Cup’s last-16 clash between Argentina and France in Russia.

The junior Vietnamese provided a performance to remember where they staged an incredible 2-1 comeback against their Indonesian opponents in the group stage.

They dominated the game at Rizal Memorial Stadium in Manila, the Philippines, but it was Indonesia who opened the scoring.

Sani Fauzi quickly headed home on the rebound following goalie Bui Tien Dung’s failure to grab a cross from the right flank 23 minutes into the clash.

It took the young Golden Dragons 41 minutes to level the score. Nguyen Thanh Chung headed in a corner-kick from Do Hung Dung in the 64th minute, after Vietnam piled huge pressure on the woodwork guarded by Arga Nadeo.

Vietnam went on to look for another goal but most of their attempts proved fruitless, given a thick Indonesian defensive wall.

Both sides seemed to settle for a 1-1 stalemate when Nguyen Hoang Duc blasted home outside the box, to the surprise of both his teammates and their rivals.

Skipper Nguyen Quang Hai jumped to fight for the ball with an Indonesian player in front of the penalty area, letting the ball bounce to Duc waiting nearby.

This is a near carbon copy of left-footed winger Angel Di Maria’s equalizer in the round-of-16 encounter between Argentina and France at the 2018 FIFA World Cup in Russia.

The Argentine also blasted past Hugo Lloris from outside the box but the difference is France went on to win 4-3.

Vietnam U22s are on top of Group B with nine points, three clear of defending champions Thailand and Indonesia.

Laos come in fourth with four points, followed by Singapore on one and Brunei on zero points.

The top two teams will make it to the semifinals.

Team Vietnam ranks second at the ongoing SEA Games, having claimed 10 gold, 17 silver, and 13 bronze medals, at the time of writing.

The team targets to win at least 60 gold medals and place third in the medal table.