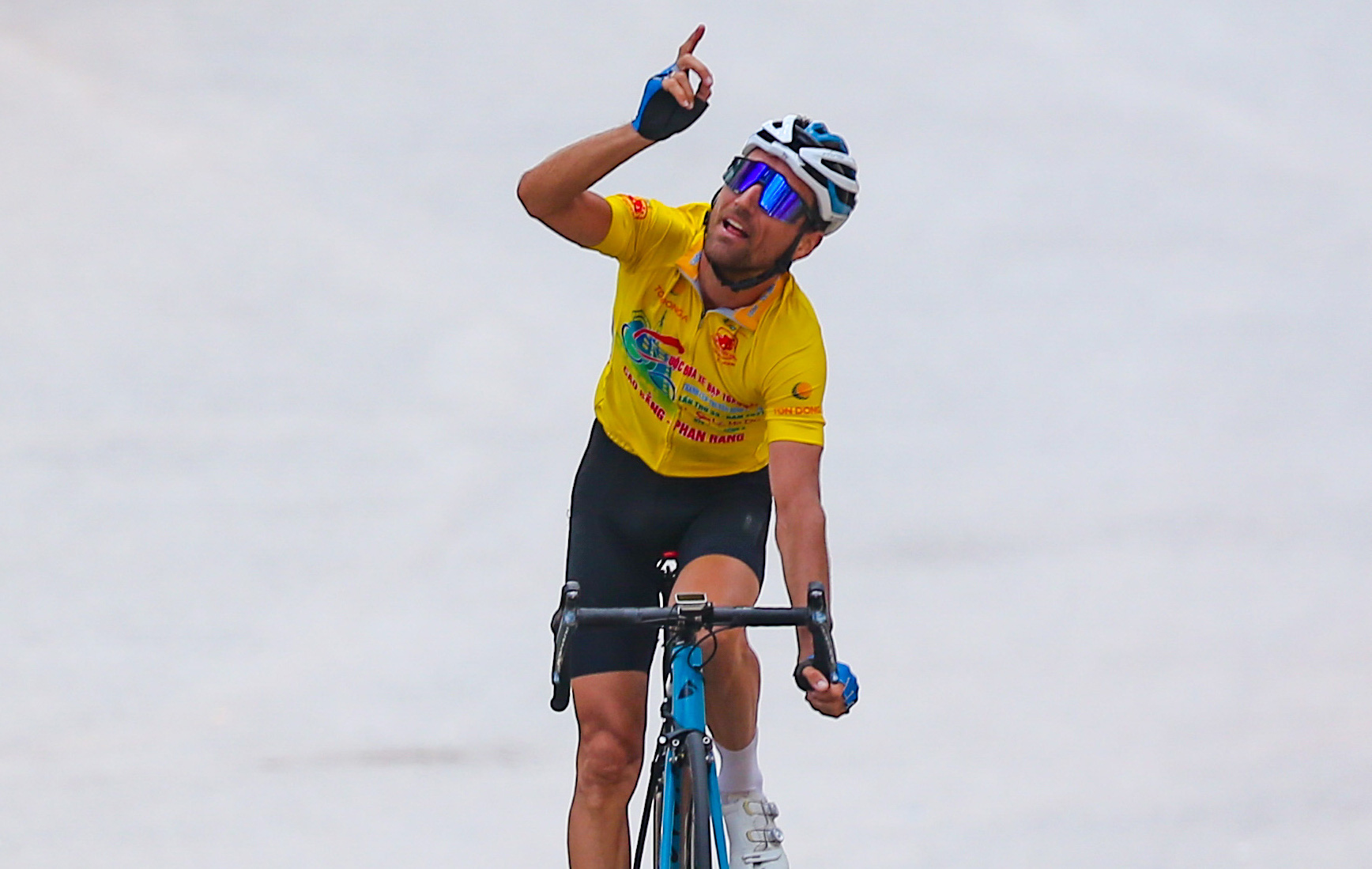 Loic Desriac, a former French men’s U23 national cyclist, achieved the overall victory of the HTV Cup as the annual north-to-south tournament in Vietnam concluded in Ho Chi Minh City late on Friday morning in celebration of the Reunification Day (April 30).

Racing for Bike Life Dong Nai, the French cyclist secured the most prestigious yellow jersey of the tourney after 22 rounds.

Bike Life Dong Nai also won the team championship for the best team performance throughout the total distance of 2,450 kilometers of the competition.

The results were officially announced after the final stage of the 2021 HTV Cup national cycling tournament came to an end on Friday morning.

An unexpected incident happened in this last round as a traffic jam on Bao Loc Pass delayed its start for one hour on Friday morning.

As previously scheduled, the racers were expected to ride from Bao Loc City in the Central Highlands province of Lam Dong to Ho Chi Minh City at 7:00 am on the same morning.

But they were stuck in traffic congestion on Bao Loc Pass, with traffic police officers and the tourney’s security forces scrambling to help them escape the situation after over an hour.

It was until 8:07 am that the cyclists were able to officially start their race.

In spite of the undesirable event, the 164-kilometer race offered spectators numerous captivating chases and breakouts.

Eventually, Nguyen Minh Thien, a cyclist of 620 Chau Thoi Vinh Long, sprinted vigorously in the last kilometers to outperform other riders and reach the finish line in the first place.

In addition to recognizing Thien as the final round winner, the organizers presented the titles to Desriac and Bike Life Dong Nai for their achievements at the tourney’s closing ceremony.

Meanwhile, Nguyen Tan Hoai of Domesco Dong Thap brought home the blue jersey for the best sprinter and Javier Perez, a Spaniard racing for Ho Chi Minh City-Vinama and the defending champion, claimed the red polka dot jersey for the rider with the most mountain points.

Le Hai Dang, who was Hoai’s teammate, kept the white jersey for the best young rider.

In its 33rd edition, the competition took about 100 cyclists from north to south in celebration of Vietnam’s reunification on April 30, 1975.