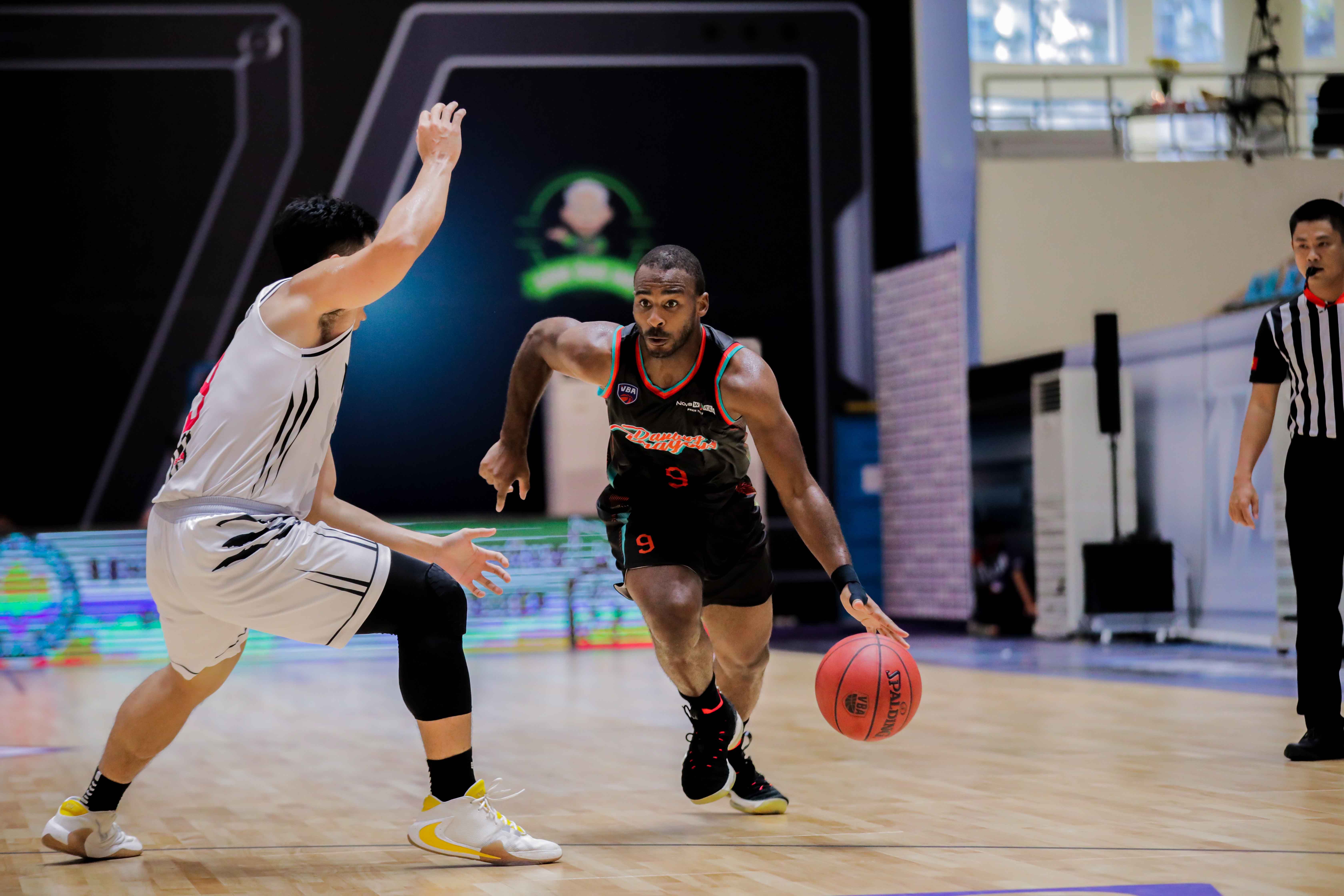 Danang Dragons began to show their weaknesses in Game 13 against Thang Long Warriors at the VBA Premier Bubble Games - Brought to you by NovaWorld Phan Thiet.

Following a string of remarkable victories over the Vietnamese national basketball team and Cantho Catfish, the Dragons were unable to carry their success into their game against Thang Long Warriors

Coach Phan Thanh Canh's tactics lack diversity as the Dragons have spent the season getting the ball into the hands of foreign player Akeem Scott.

However, this required effective coordination between Scott and his teammates.

Their Coach Predrag Lukic was so effective at shutting down Carter that they forced three personal fouls from him during the first half.

Scott was effectively shut down by a strong Warriors defense throughout the fourth quarter and the Dragons were unable to pull away.

He was pulled off the court with ten seconds left in the quarter after he injured himself in a collision with Truong Hoang Trung.

Scott was the second Dragons player taken off the court during the game. Earlier, Mai Phuoc Thinh was out following an encounter with the Warriors’ Bryan Coleman.

With three out of Da Nang’s five stars being under 1.8 meters tall, the Warriors were able to use height to their advantage and keep the Dragons from pulling ahead.

Despite all odds, Danang Dragons were still able to even out the score with Thang Long Warriors at the end of the fourth quarter, forcing the game to enter overtime.

The Da Nang-based team failed to seize two opportunities to finish their opponents as they were unable to pass the ball to Scott.

In the 13th game of the VBA Premier Bubble Games - Brought to you by NovaWorld Phan Thiet, Thang Long Warriors led for three out of four quarters.

However, Danang Dragons managed to tie up the game at 73-73 by the end of the fourth quarter.

After an intense overtime battle, Thang Long Warriors pulled off an 89-88 victory.

Thang Long Warriors’ foward Bryan Coleman was named MVP of the game thanks to his 30 points and 10 rebounds.