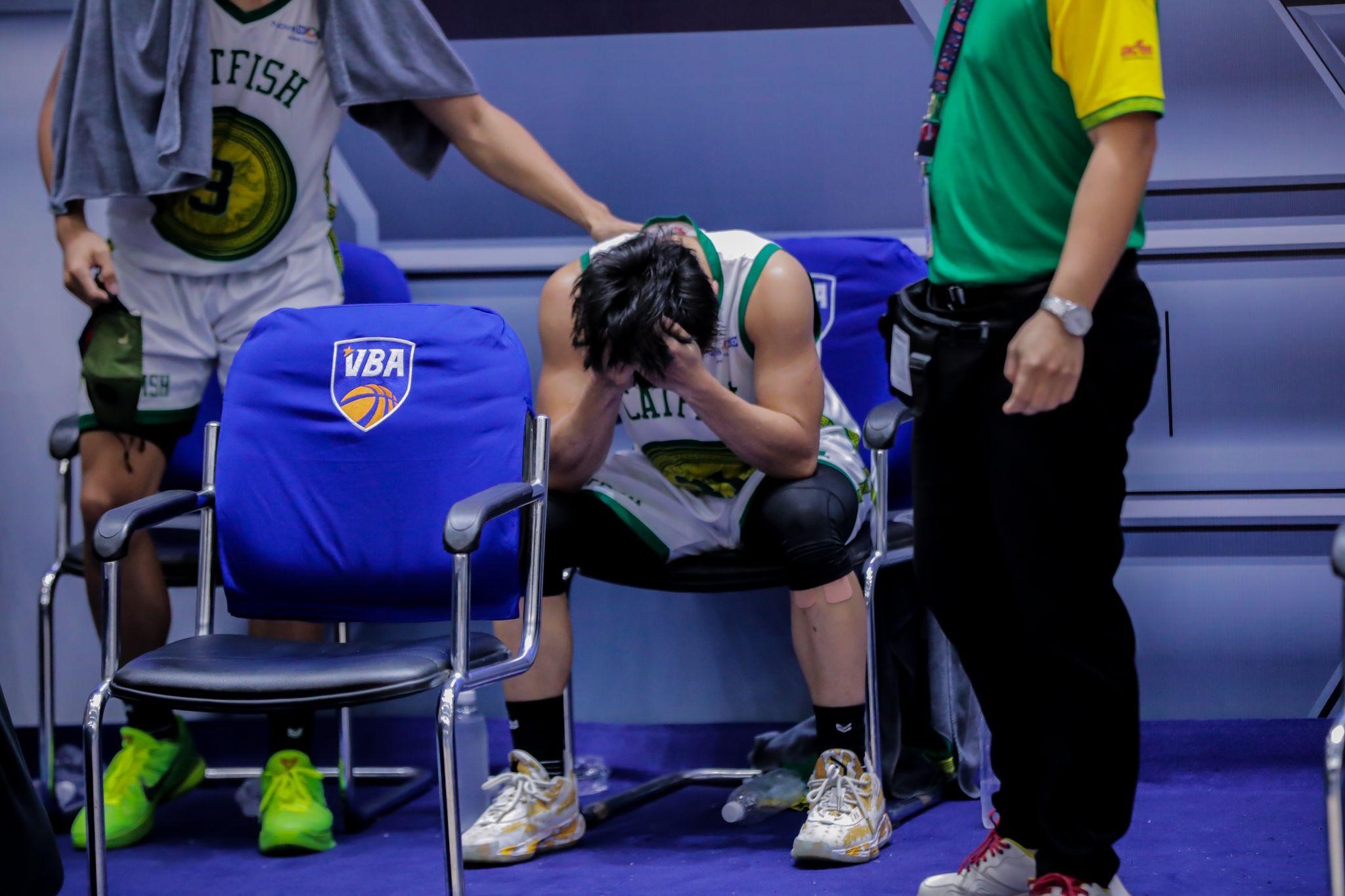 Cantho Catfish is having the worst VBA season since 2016, having only won two out of eight games since the beginning of the VBA Premier Bubble Games - Brought to you by NovaWorld Phan Thiet.

The Catfish’s performance is only better than Nha Trang Dolphins, which has lost all its games so far this season.

However, Sang Dinh had to leave as the VBA changed its rules in 2020 to allow only one overseas Vietnamese player in each team.

Phu Hoang already joined Thang Long Warriors, while Deangelo Hamilton was unable to compete as he was stranded in Thailand due to the pandemic.

Only Tam Dinh and Le Hieu Thanh remained on the team in the VBA 2020 and managed to help the squad advance to the semifinals.

In this year’s season, it was Tam Dinh’s turn to say goodbye to join the country’s national basketball team.

Cantho Catfish decided to replace Tam Dinh with William Tran, another overseas Vietnamese athlete, but the result was not as expected.

Despite his experience, coach Martin Knevic could only build a strategy based on the skills of the team’s two foreign players and an overseas Vietnamese player.

The tactic can be easily countered by any opponents if they are able to neutralize the three key players – Jared Sam, Jarvis Summers, and William Tran.

These three stars have been under so much pressure that their physical condition has been badly affected.

Summers is unable to play for the rest of the season after breaking his left wrist, while Sam and Tran have also had some physical problems and are unlikely to fully recover before the next game.

In Game 31, the Catfish had to play without these three key players, and it was not surprising when the team lost by 36 points.

Saigon Heat and Cantho Catfish battled out in Game 31 of the VBA Premier Bubble Games - Brought to you by NovaWorld Phan Thiet.

Coach Martin Knevic of Cantho Catfish was aware that his team could not beat the VBA defending champion, so he decided to let his star athletes rest and lead the team with only Vietnamese players.

Saigon Heat thus had no trouble winning the game 99-63.

Joshua Keyes of Saigon Heat was named MVP with 23 points and 13 assists.