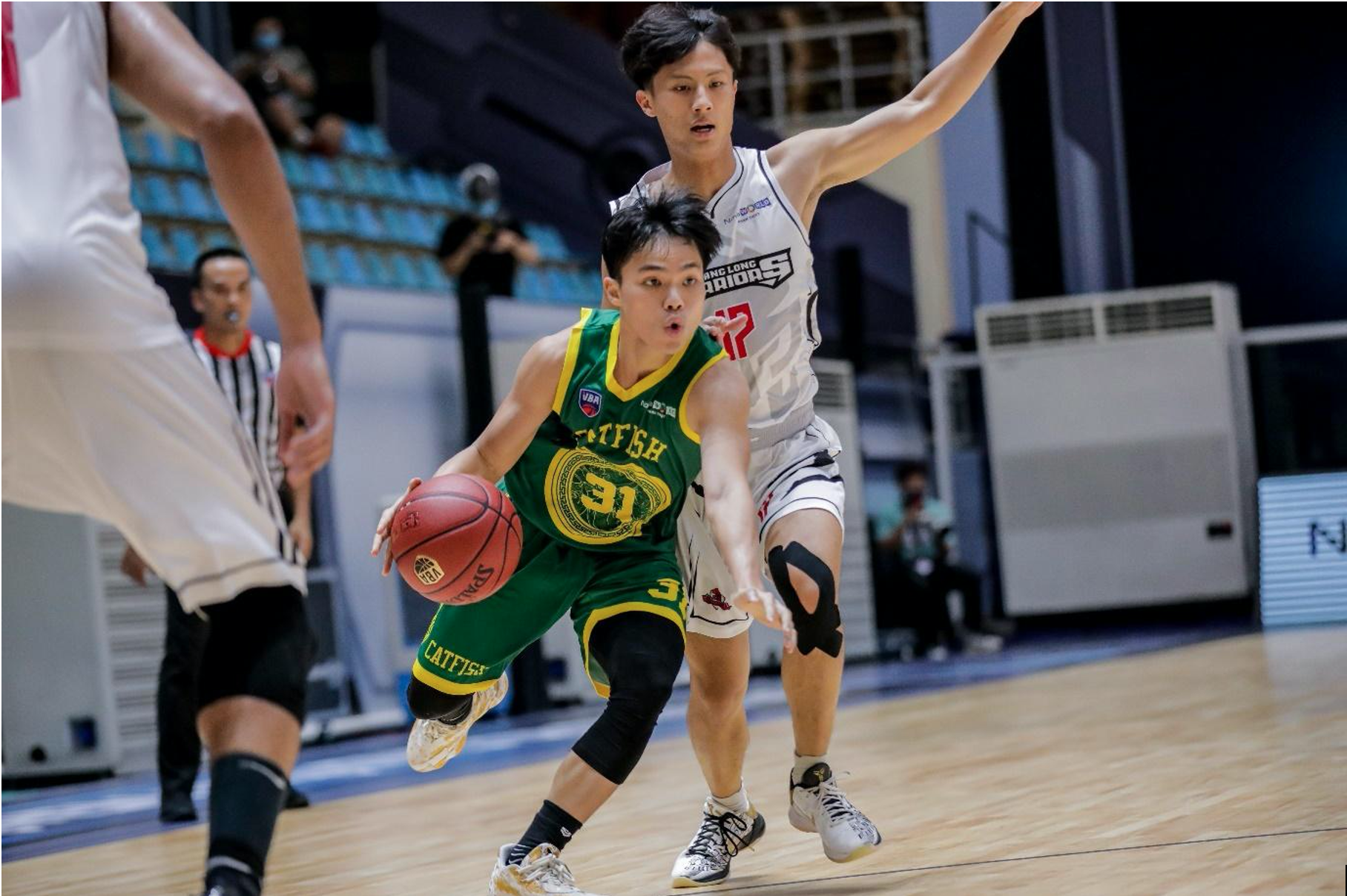 Despite their height disadvantage compared to giant opponents, who are often over two meters tall, many small players still shined with big plays at the VBA Premier Bubble Games 2021.

Tran Vi Nghiep, who is 1.7 meters tall, played as a substitute for defender Jarvis Summers on the Cantho Catfish team in 2020.

Nghiep is good at handling the ball and shooting from a distance.

He made important contributions to the Catfish while Summers took a break due to injuries.

Although Hoang Tu was only a substitute amid the star-studded Saigon Heat squad, he took advantage of his little time on the court to shine.

In Game 28 of the VBA Premier Bubble Games 2021, Tu scored 18 points with five long-distance shots in only 16 minutes, a remarkable record and contribution to the Heat’s victory.

Considering Tu’s age of just 20 years old, he has the potential to become a high-class shooter in the next few seasons.

Hong Gia Lan had played for the champion Saigon Heat before transferring to Thang Long Warriors in the 2021 season.

The 1.75-meter-tall player impressed fans with his speed and daring play.

While sending Lan’s young teammates on the court in most of the games at the 2021 VBA, the Warriors still depended on the 32-year-old player in decisive moments.

One of these moments happened during the fierce clash between Thang Long Warriors and Danang Dragons when Lan’s successful three-point shot gave the Hanoi-based team a point advantage in the nick of time, winning a breathtaking game with a difference of only one point.

After the 2021 VBA season, Lan left the retirement question unanswered but still showed a passion for basketball.

Thanh Dat was the only bright spot during Nha Trang Dolphins’ dark time caused by a player crisis at the 2021 VBA.

Dat’s modest height of 1.75 meters could not stop him from outplaying foreign rivals, scoring more than 20 points every game.